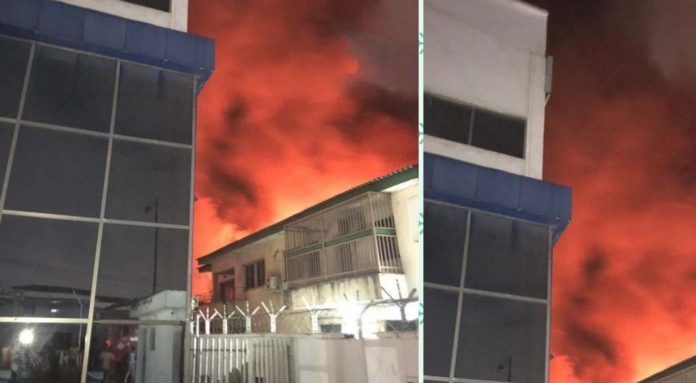 A fire has razed a foam factory belonging to the Teju Industries Limited in the Ilupeju area of Lagos State.

It was learnt that the fire incident started around 7.30 pm on Friday.

While the cause of the fire incident had not been ascertained, emergency responders, including the Lagos State Emergency Management Agency [LASEMA] and the Lagos State Fire Service had rushed to the scene to salvage the situation.

The General Manager, LASEMA, Olufemi Oke-Osanyintolu, said the fire had been contained and prevented from spreading to adjoining buildings on the premises.

He said, “Distress calls about a fire incident at the Teju Foam in Ilupeju, was received around 7.30 pm.

“The combined team of LASEMA Response Unit FIRE and Lagos State Fire Service have contained the fire and prevented it from spreading to other close properties.

“The cause of the fire is still unknown, but further updates will be communicated.”

Related Topics:FireLagosTeju foam
Up Next