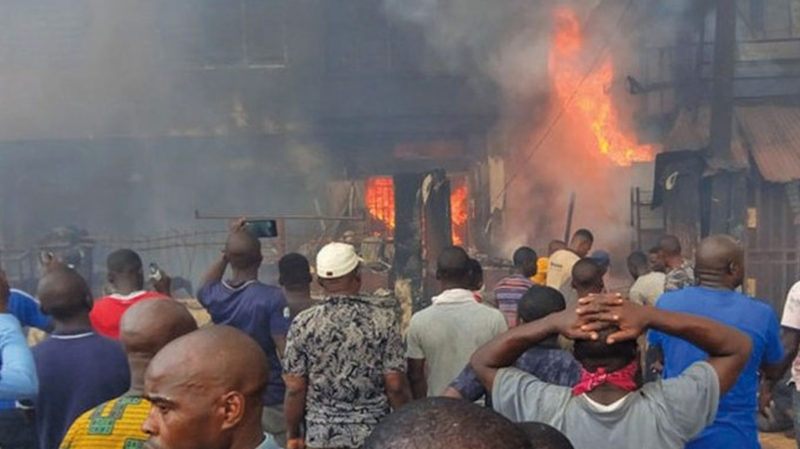 An early morning fire on Wednesday gutted the popular Ajao market in the Ajao area of Lagos State.

According to reports, the fire started around 1am is still burning and destroying properties. The cause has also not been ascertained.

It was, however, gathered that the blaze started around the shopping mall around the market and had extended into the main Ajao market.

Properties worth millions of naira were said to have been destroyed as the fire had affected some adjoining buildings and made residents flee for safety.

Emergency responders, including the Lagos State Emergency Management Agency [LASEMA], Lagos State Fire Service and men of the Nigeria Police Force [NPF] are on the ground to quell the fire.

He said no casualty was yet to be recorded.

“The is a fire outbreak there, it started around 1am but we are there already. From all indication, the Ajao Main Market has a small shopping mall and from what we gathered,the fire started from the shopping mall and extended into the main market and affected some adjoining buildings.

“But the LASEMA Response Team and other stakeholders, including the Lagos State Fire Service and the police are already on the ground to quell the fire. No casualty has been recorded for now. Efforts are on to quell the fire which has been brought under control.”

Police arrest man, 26, who allegedly killed his girlfriend for refusing to have s3x with him