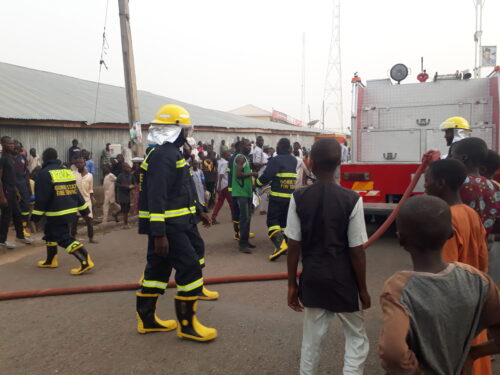 The fire officer, in an interview with the newsmen in Gombe on Tuesday, said men of the service also saved property worth over N1.349 billion.

Doho said, during the period under review, the service was able to save 688 lives, recorded seven injuries and received 279 incident calls.

He said the efforts of his personnel and that of the state government in procuring some basic fire fighting items resulted in the speedy response to incident calls, which is minimising losses from fire outbreaks.

Doho added that a lot of sensitisation was carried out in the year under review in collaboration with the Federal Fire Service to ensure that residents were aware of the danger of fire outbreaks.

He advised residents of the state to pay attention to anything that could result into outbreaks like cooking gas and electrical appliances.

“When you light mosquito coils and candles put them on metal surface and not on woods,” said Doho.

The officer explained that the first quarter of every year was prone to fire outbreaks in view of the harsh weather, hence the need for residents to be more careful within the period.

“The first quarter of the year is always a time for high incident calls because of the harsh weather which makes materials dryer and highly inflammable.

“Last year in the first quarter we received 95 calls, higher than calls of any other quarter in the year. So we must be cautious in this quarter,” he appealed.

Arrests reported outside courthouse ahead of Navalny hearing