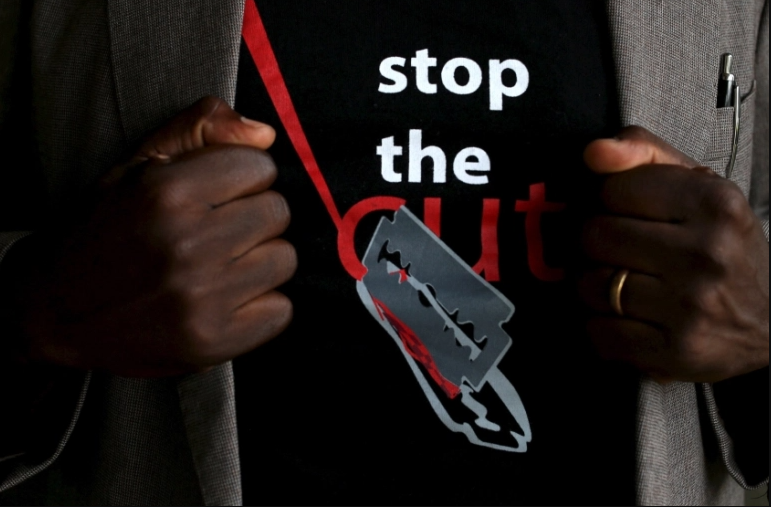 Dr Esther Somefun, a Gender and Reproductive Health Analyst, says the continued practice of Female Genital Mutilation (FGM) is as a result of the belief that it ensures spiritual cleansing.

Somefun, who works in the United Nations Population Fund (UNFPA), spoke with journalists on Saturday as the world commemorated the International Day of Zero Tolerance to FGM, marked every Feb. 6.

The day is set aside for advocacy globally to end the practice of FGM and this year’s commemoration has the theme, “No Time for Global Inaction: Unite, Fund and Act to End Female Genital Mutilation’’

She described FGM, also known as female circumcision, as the partial or total removal of female external genitalia due to non-medical reasons.

According to her, socio-cultural norms and religious reasons are the major barriers to ending FGM in the country.

“In spite of various campaigns and legislation against the practice, existing data in Nigeria reveals that the FGM practice has continued to go on among women and community stakeholders.

“The practice of FGM is greatly rooted in some people‘s tradition, culture and religion.

“Certain religious leaders or clerics preach that FGM must be done to ensure spiritual cleansing. This indicates that they must have interpreted wrongly some parts of the Holy book.

“While in some cultures, they still believe that an uncircumcised woman is less likely to be a good wife and mother which are the whole essence of womanhood,” she said.

Somefun said there was no single benefit in the practice of female genital mutilation or cutting, yet, the practice was high among the educated.

“Aside from the immediate risks of FGM which includes hemorrhage, infections and death, survivors of FGM are liable to present later in their lives with recurring urinary tract infections, menstrual problems, reproductive tract infections, depression, sexual dysfunction, pain and chronic genital pain.

“They are also at risk for several adverse complications for both mother and newborn during childbirth,’’ she said.

Somefun urged the government and the media to intensify enlightenment involving traditional, religious and community leaders to drive the message home.

“We need to work together as a nation to put an end to the scourge of FGM so that we can move with the rest of the world,” he said.

Related Topics:Female genital mutilation
Up Next

VIDEO: Apostle Johnson Suleman apologizes over viral audio clip in which he threatened someone