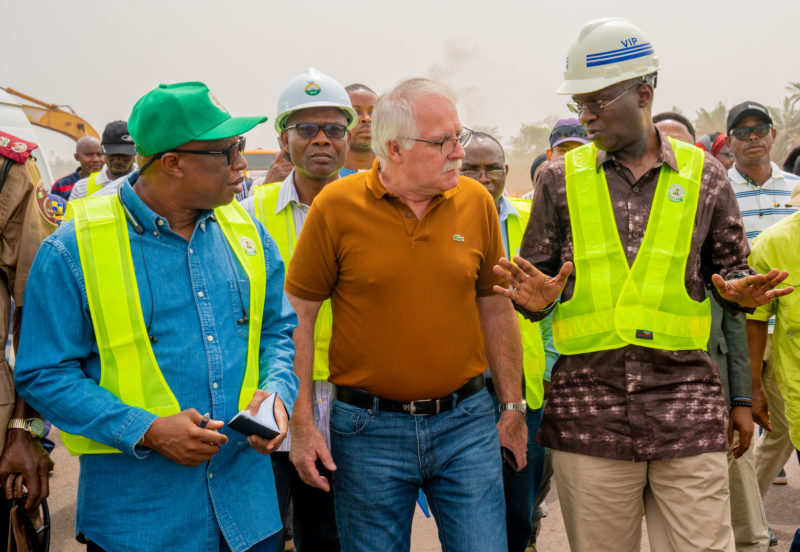 The Minister of Works and Housing, Babatunde Fashola, has reaffirmed that the construction of the Second Niger Bridge would be completed next year.

The minister gave the assurance at a forum in Abuja on Sunday, to mark the sixth year anniversary of the present administration.

According to Fashola, the bridge, which will serve as a major link between South East and South West Nigeria will be delivered between the second and third quarters of 2022.

WUZUPNIGERIA gathered that construction of the bridge commenced on Sept. 1, 2018, with construction cost put at N336 billion when the contract deal was signed.

The minister, however, made no mention if the construction cost of the facility had changed since the commencement of work.

He said that the project would facilitate influx of investments to the South East when completed.

Fashola said that the construction work had gone beyond the water level, explaining that most bridge works were done underwater.

“So, what you see currently is the final work. The sub-structure which entailed building cement structures underwater often costs a lot of money.

“We should finish the bridge next year between the second quarter and third quarter,’’ he affirmed, saying that construction time was lost because of COVID-19.

The bridge is 1.6km long and furnished with other ancillary infrastructure, including a 10.3km highway and an inter-change, expected to be completed next year.

The bridge spans from Asaba in Delta State to Ozubulu, Ogbaru and other communities in Anambra State.

The existing Niger Bridge, linking Onitsha and Asaba was completed in December 1965.

It was built by the French construction giant, Dumez.