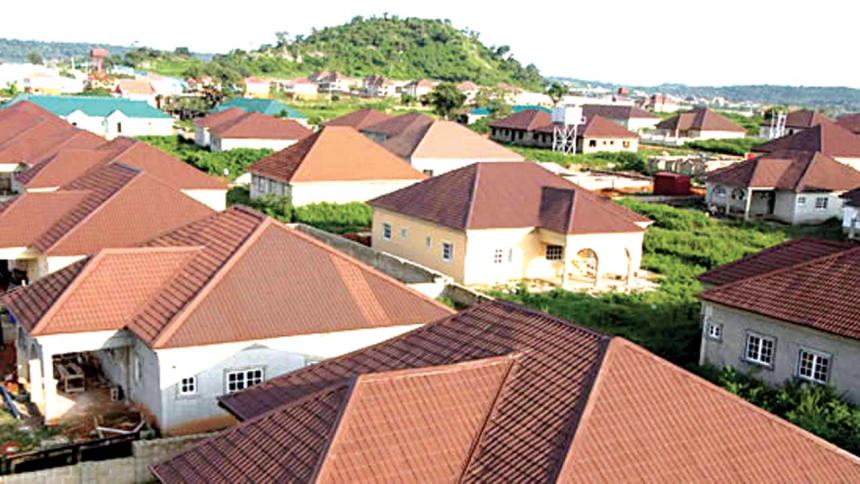 To meet the yawning housing demands of Nigerians, the Federal Government is set to construct 900 housing units in Ibadan, the Oyo State capital.

The Managing Director, Federal Housing Administration (FHA), Sen. Gbenga Ashafa, disclosed this in Ibadan on Wednesday at the official handing over of the site at Ajoda New Town in Egbeda Local Government Area to five developers.

Ashafa , who was represented at the event by Oluwatoyin Bada, the Southwest Zonal Coordinator FHA, said that the project was expected to be completed in 24 months.

He charged the development partners to abide by the terms of the Memorandum of Understanding (MoU) of the housing scheme.

Olakunle Busari , an official of the FHA present at the event, also tasked the developers on proper documentation to avoid any glitch as the construction progresses.

He enjoined the developers to ensure written and pictorial correspondences to the authority as verbal explanations would not be entertained.

Busari also advised the developers to see to the security of their equipment and staff as well as ensure staff members have identity cards.

MORE READING!  Northern governors resolve to work with FG in fight against insecurity

He cautioned the developers not to demolish any structure seen on the site while clearing.

One of the development partners, Dr Mike Anjorin, the Managing Director Woodston, assured FHA that security would be given the necessary attention in order to avoid vandalism as experienced in the past.

Anjorin said that the significance of the handing over ceremony of the Ajoda site was to ensure immediate commencement of work.

“We have representatives from the FHA, the Zonal Manager came from Lagos and other officials from Abuja who signed the document and as the MD promised the site has been handed over.

“The construction of the buildings commences immediately but clearing of the site first as they said.

“The project will last for 24 months as it includes infrastructure such as roads, electricity, drainages among others,” he said.