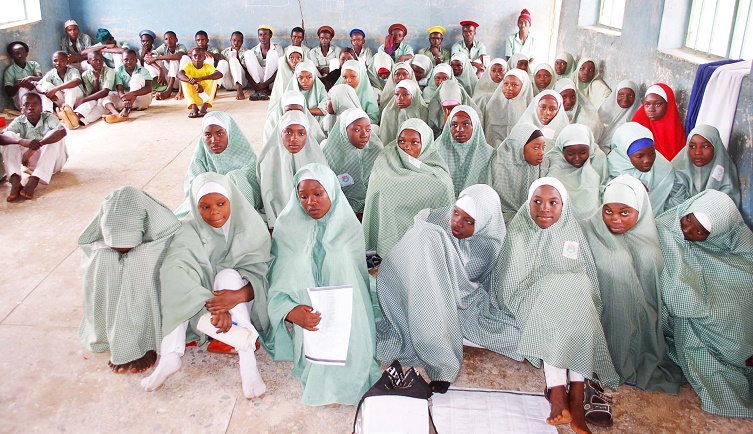 Bello, represented by the FCT Minister of State, Dr Ramatu Aliyu, made the call in Abuja, at a ceremony to mark the 2019 International Day of the Girl-Child.

He described this year’s theme, “Girl First -Unscripted and Unstoppable”, as not only timely but apt, adding that education of the girl child was very critical for the advancement of any nation.

The minister disclosed that the FCT administration had made the education of the girl-child a priority and carried out advocacy campaigns to all parts of the territory to encourage the enrollment of the girl-child in schools.

According to him, there is little difference in the enrollment figures of boys and girls in the territory.

He said that girls deserved to be celebrated, considering the important roles women play in the society as mothers, primary caregivers, managers of home finances and businesses.

He said that the United Nations General Assembly had set aside Oct. 11 to celebrate and promote girls’ empowerment and the fulfillment of their human rights.

The minister said that women had often been the difference between success and failure of homes, organisations and even the national affairs of great and small nations.

“I have the strong belief that all of us here must have witnessed situations at one time or another when your mothers, sisters, aunts and even grand-mothers, often made great personal sacrifices.

“We must have all witnessed situations where mothers made massive concessions to solve knotty problems which otherwise would have spelt disaster for all around,” he said.

He, however, regretted that despite the role played by women both at the home front and national level, women and girls had often been handed the short end of the stick and placed at a disadvantage in so many ways.

Bello identified cultural factors as responsible for the denial of girls basic rights such as the right to education, while being forced into early marriage.

“Our girls should be given the opportunities to be creative and innovative; this is only possible if they are educated.

“The importance of the education of the girl-child has been proven to be critical to the advancement of any society.

UN Women Representative for Nigeria and ECOWAS, Ms Comfort Lamptey, affirmed that the UN women would continue to advocate and insist that the girl-child was not relegated to the background in the development agenda of any nation.

Lamptey said that active participation of the girl-child in the affairs of any country could ultimately make the difference between success and failure.