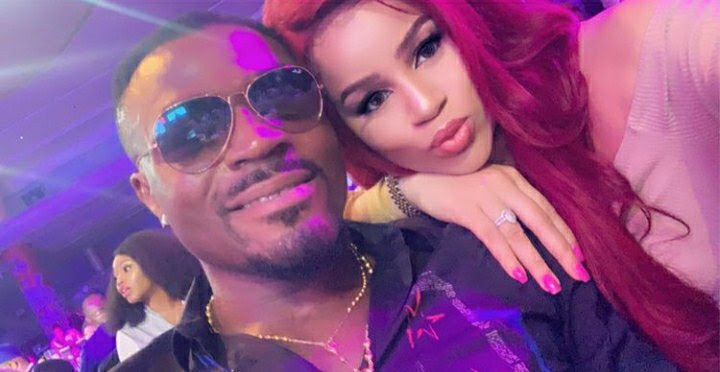 Iheoma who was the winner of the Most Beautiful Girl in Nigeria 2014 became a year older today.

The Professional footballer took to his Instagram page to expressed his heartfelt feelings when he wrote;

“In you I have found: the perfect partner, the best friend, and the sweetest love that I ever imagined. I’m so happy that life has brought me to you. Happy birthday to you my special @iheomannadi .”

Emmanuel Chinenye Emenike started his football career in 2007 under the Delta Force F.C.
He has played for a number of clubs including F.C. Cape Town, Mpumalanga Black Aces, Karabükspor, Spartak Moscow, Fenerbahçe, West Ham United, Las Palmas and Olympiakos.
Emmanuel Emenike first represented the Nigeria national football team in a friendly match against Sierra Leone. He was called up to Nigeria’s 23-man squad for the AFCON and on the 21st January 2013, he scored Nigeria’s opening AFCON match against Burkina Faso.
Emmanuel Emenike is married to the Iheoma Nnadi and they have one daughter.