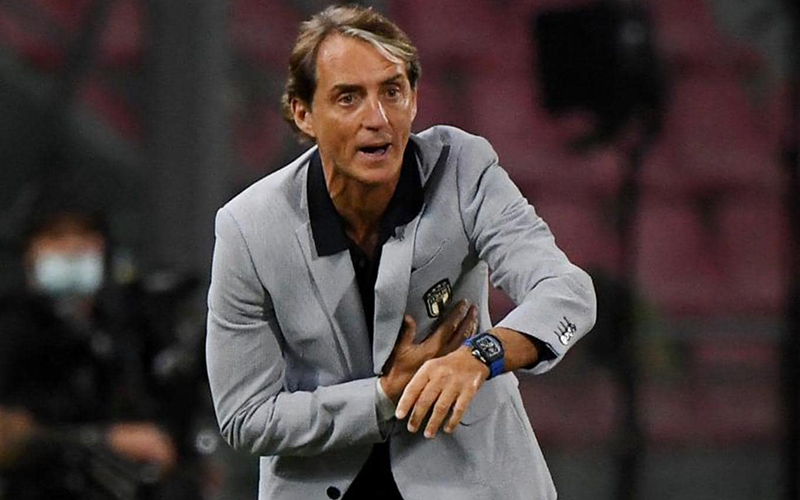 Italy coach Roberto Mancini warned his side “it’s not over yet” as the Azzurri beat Spain on penalties to advance to the Euro 2020 final on Tuesday.

“Credit goes to the lads, but it’s not over yet,” said Mancini after the 4-2 shoot-out victory in a match which had ended 1-1 after extra time.

“We have we to recover our strength, it was very hard. I knew it would be the hardest game of the tournament. It is the sixth, it would be it was tiring, but we wanted the final.”

Federico Chiesa’s curling strike put Italy ahead on the hour mark, but Alvaro Morata came off the bench and his 80th-minute equaliser forced extra time.

Morata missed a spot-kick as did Italy’s Manuel Locatelli who failed with the first attempt in the shoot-out.

“Penalties are a lottery,” said Mancini.

“It was a very hard game. Spain are a great team, they play very well. We had a good match, not quite like usual but we knew we would have to suffer.

“They put us in difficulty at the beginning, then we found the right way and we didn’t risk too much. It was a very tough match.

“We deserved to be here… It wasn’t easy, hardly anyone believed it and we got to the final.”

Italy, chasing a first European title since 1968, will meet either England or Denmark, who play on Wednesday, in London.