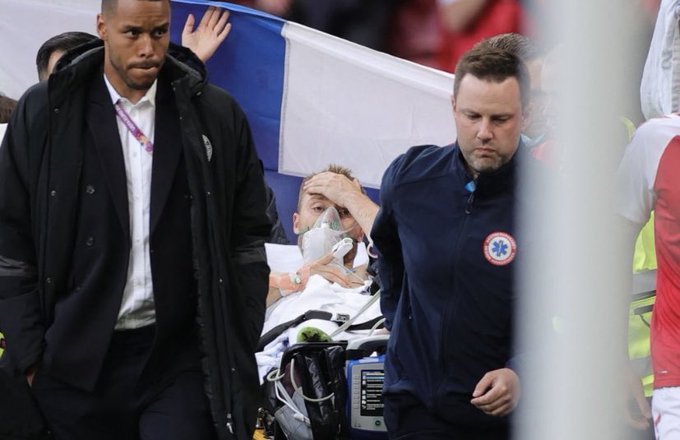 European football governing body, UEFA, has released an update on Denmark and Inter Milan midfielder, Christian Eriksen, who collapsed during his country’s Euro 2020 match against Finland on Saturday.

WUZUPNIGERIA reported that the 29-year-old collapsed untouched at the touchline towards halftime, requiring emergency medical attention for about 10 minutes before being taken off the pitch on a stretcher while the game was suspended.

According to a statement from UEFA on Twitter, the former Tottenham player “has been transferred to the hospital and has been stabilised.”

The football body however added that an emergency meeting between both teams and match officials is currently taking place.

The statement read: “Following the medical emergency involving Denmark’s player Christian Eriksen, a crisis meeting has taken place with both teams and match officials and further information will be communicated at 19:45 CET.

“The player has been transferred to the hospital and has been stabilised.”