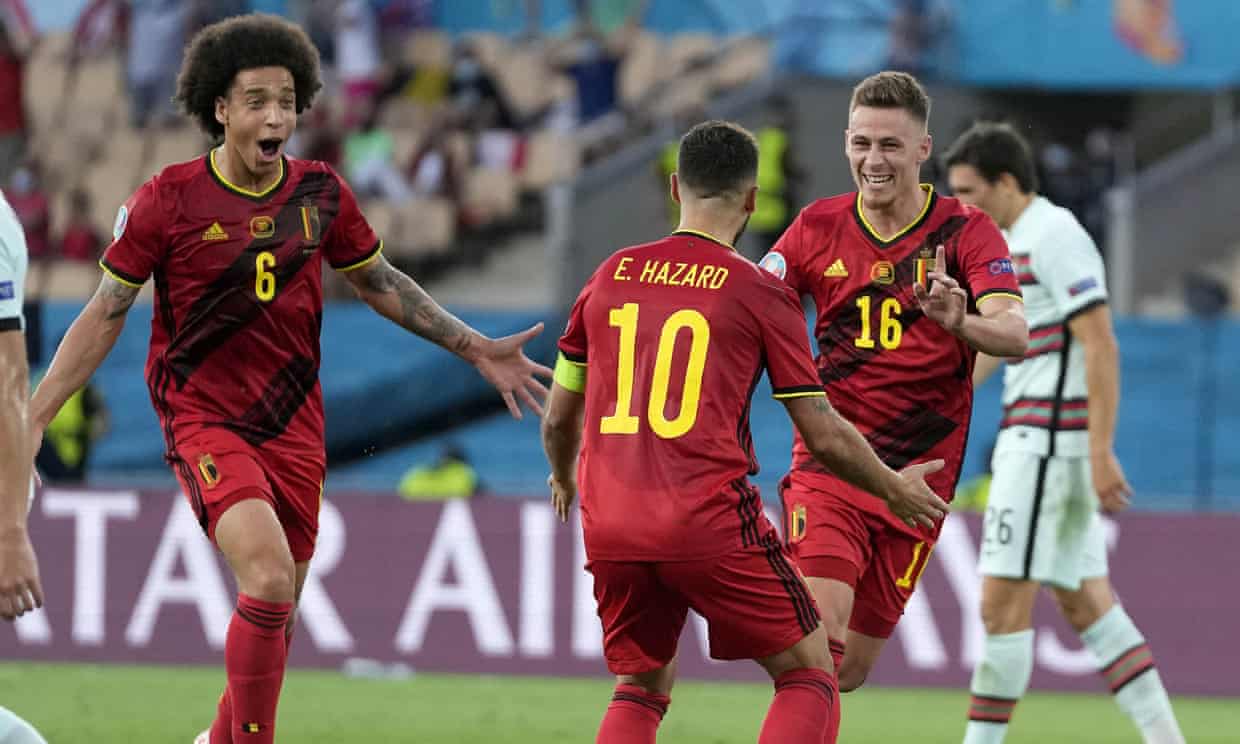 European champions, Portugal, have been knocked out of the EURO 2020 tournament by Belgium after a 1-0 defeat in the Estadio de La Cartuja Stadium in Seville.

Both sides played a goalless draw in the first half with Portugal having more of the possession but neither was able to beat the respective defences until the second half.

The tournament’s leading goal scorer, Cristiano Ronaldo, pulled a save off Real Madrid’s Thibaut Courtois with a freekick but the Red Devils shot-stopper was up to the task.

Thorgan Hazard gave Belgium the lead with a stunning strike from their only shot on target in the 42nd minute from outside the 18-yeard box beating Rui Patricio who watched the ball swerve away from his reach.

Portugal pushed for an equaliser, reducing Roberto Martines’ men mostly to their half in the second half but they were denied by the goal post and Courtois with two clear chances despite registering four shots on target.

The defending champions crashed out of the EURO 2020 with just one victory from their four games (D1 L2); their fewest in a single tournament at the European Championships since their first appearance in 1984, when they also won one of four (D2 L1).

Meanwhile, the victory was Belgium’s first win against Portugal since September 1989 (3-0 in a World Cup qualifier), ending a run of five meetings without a victory against them (D2 L3).

According to Pool via Google, Belgium have equalled their longest winning streak at major tournaments, winning five in a row for the second time (both under Roberto Martínez).