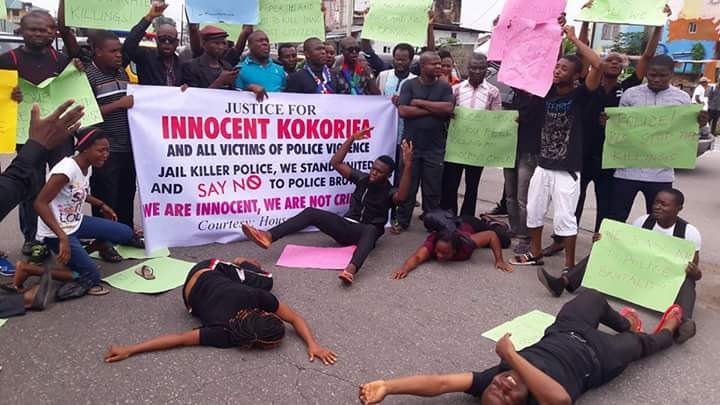 Bayelsa State Panel of Inquiry on Police Brutality and Other Related has awarded the sum of N16m against the police for the extra-judicial killing of a 17-year-old, late Innocent Kokorifa, in Yenagoa.

Innocent, who was shot dead by a trigger-happy officer in August 2016, was the son of a Federal Road Safety Corps official attached to the Rivers State Command, Daniel Kokorifa.

Kokorifa, who is a native of Okpotuwari in the Southern Ijaw Local Government Area of Bayelsa, had in his petition numbered BYS/JPI/012/2020 prayed the panel to also consider the sum of N6m incurred since the brutal murder of his son.

However, Chairman of the panel, retired Justice Young Ogola, in the ruling, awarded Kokorifa the sum of N16m in temporary compensation.

In another ruling, the panel also ordered the release of the corpse of another teenager, Emmanuel Victor, who was brutally killed by a trigger-happy policeman in 2011 in Yenagoa.

The panel further awarded the sum of N5m to the mother of the deceased 17-year-old, Grace Victor, for proper and decent burial of her son even though the culpable officer had been prosecuted and sentenced to death by hanging.

Ogola remarked that “there is no compensation for what was pronounced as vicarious liability or so; nothing that the policeman, who committed the crime, has already been sentenced to death.”

Similarly, the panel delivered judgments on over 13 petitions it received and awarded over N40m to the various petitioners in damages.

The spokesman for the panel, Samuel Numonengi, who is also the state Chairman of the Nigeria Union of Journalists, in a statement on Saturday, said: “So far, 13 judgements have been delivered by the panel out of which two have been adjourned sine die and 10 in favour of the petitioners. Over N40m awarded by the panel in damages.”