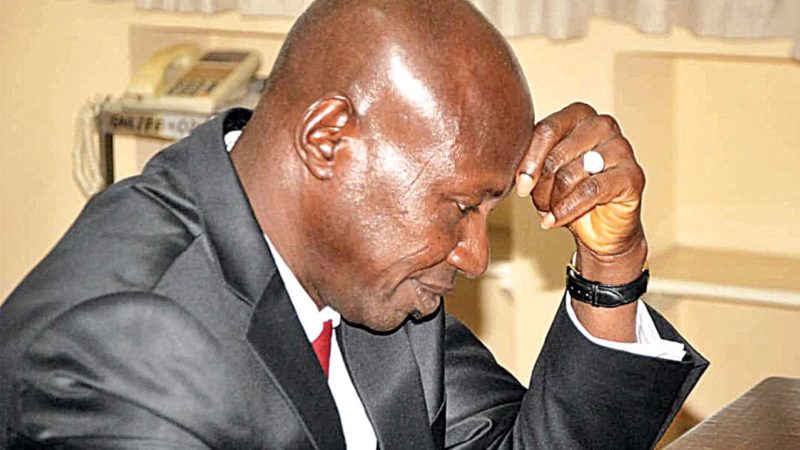 A lawyer to erstwhile Chairman of the Economic and Financial Crimes Commission, Mr. Ibrahim Magu, has said that his client remains under suspension and has not yet been sacked by the President, Major General Muhammadu Buhari (retd.).

Mr. Tosin Ojaomo, made this known on Tuesday following the appointment of 40-year-old Abdulrasheed Bawa as the new chairman of the EFCC.

Bawa’s name has been sent to the Senate for confirmation, according to a statement from the Presidency.

Speaking with The Punch on Tuesday, however, Ojaomo said Magu had only been suspended by the President, adding that till date, he had neither received a letter of termination nor further instruction.

Magu, who served as acting chairman of the EFCC from 2015 to 2020, was rejected twice by the Senate.

He was later suspended along with several others for allegedly mismanaging funds of the commission, an allegation which he vehemently denied.

The former EFCC boss was probed for over three months by a judicial panel inquiry led by a former President of the Court of Appeal, Justice Ayo Salami.

The panel made several recommendations but the report has not been made public till date.

Related Topics:Economic and Financial Crime Commission (EFCC)Ibrahim Magu
Up Next