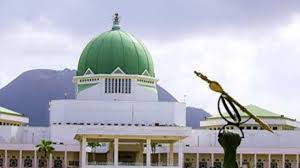 A group under the aegis of Anti-Corruption and Integrity Forum has appealed to the Senate to grant a fair hearing to Abdulrasheed Bawa, who was nominated by President Muhammadu Buhari as Economic and Financial Crimes Commission (EFCC) chairman.

The chairman of the anti-corruption group, Prince Kpokpogri, made the appeal in a statement on Tuesday in Abuja while commending Buhari for nominating Bawa for the position.

“It is a new dawn in EFCC, we are appealing to the Senate to consider Bawa worthy of this position by giving him a fair screening and confirmation.

“We also appeal to Civil Society Organisations and other stakeholders to cooperate and work with the new EFCC boss,” he said.

Kpokpogri noted that if Bawa who is 40 was eventually appointed, he would be the youngest person to chair the commission.

Femi Adesina, Senior Special Adviser on Media to the President, in a statement earlier, said Buhari had asked the Senate to confirm Bawa’s appointment to replace Ibrahim Magu, the suspended acting chairman of the EFCC.

Kpokpogri said the choice of replacing Magu with Bawa is the best thing to happen at the leadership level of the commission.

The forum’s chairman, who is also the publisher of Integrity Watchdog Magazine, expressed optimism that Bawa’s 16 years experience on the job would be an added advantage to the commission.

“For us in the civil society, we are happy that President Buhari has considered Abdulrasheed Bawa fit to head EFCC.

“We have agitated severally that a career officer within the commission should be given a chance, we are thanking President Buhari for giving us a listening ear,” he said.

He noted that having served and grew under all EFCC past chairmen, starting with Nuhu Ribadu, who recruited the first set of civilians into the commission, including Bawa in 2005, his competence was not in doubt.

According to him, Bawa was trained by the Federal Bureau of Investigation (FBI) and many other institutions in the UK, United States and in Nigeria.

He noted that Bawa had led a number of key corruption and financial crimes investigations including the infamous case of former Petroleum Minister, Diezani Allison-Madueke.

“He also leads the case of former Niger State Governor, Muazu Babangida Aliyu and that of the controversial crude oil swap,” he said.

Kpokpogri added that Bawa was also involved in the investigation of petroleum subsidy fraud (2012-2015).

He recalled that Bawa had headed EFCC zonal offices in Ibadan and Port Harcourt between June 2018 and December 2019 from where he was posted to Abuja as head of Capacity Development Division of the EFCC Academy in Karu.

According to Kpokpogri, Bawa has a listening ear and will always be ready to consult and carry all stakeholders along.

He assured that Bawa would bring about fresh air at the EFCC if eventually appointed.

Reps set to investigate disbursement of 2015-2020 funds to MDAs