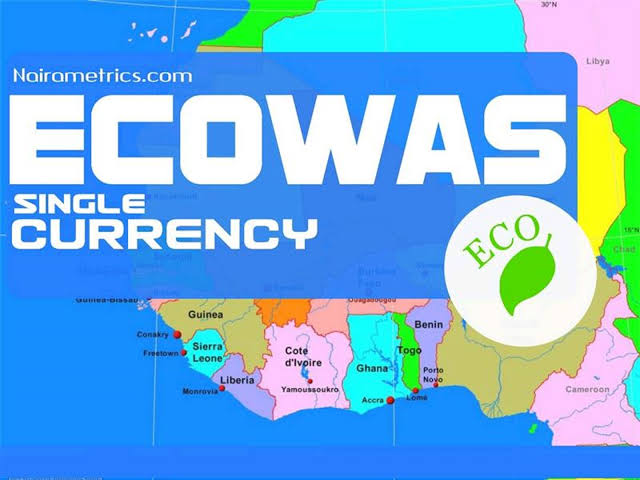 The Economic Community of West African States (ECOWAS) Parliament has adopted a draft resolution towards a stability pact that will ensure a single currency for the region.

This was adopted by the parliament on Thursday, during the First Ordinary Session in Abuja, a step towards adopting the ECO, Nairametrics reports.

The ECOWAS parliament adopted the pact after submissions by its Joint Committee on Macro-Economic Policy and Economic Research and Committee on Administration, Finance and Budget, for the adoption of a Draft Supplementary Act on the Pact.

The Joint Committee, chaired by Hon. Kebba Barrow, stated that the pact would be implemented in two phases, the first phase which focuses on Convergence would run from January 2022 to December 2026 while the second phase will centre on stability and commence on January 1, 2027.

The resolution would strengthen the convergence of Member States’ economies, including monetary and financial cooperation and also define the procedures for the adoption of as well as the modalities for implementation of the currency.

The resolution, which would later be transferred to the Commission, would ensure regional economic policy coordination with the aims of ensuring a working economic and monetary union leading to economic stability in West Africa.

Buhari set for another exclusive interview on NTA