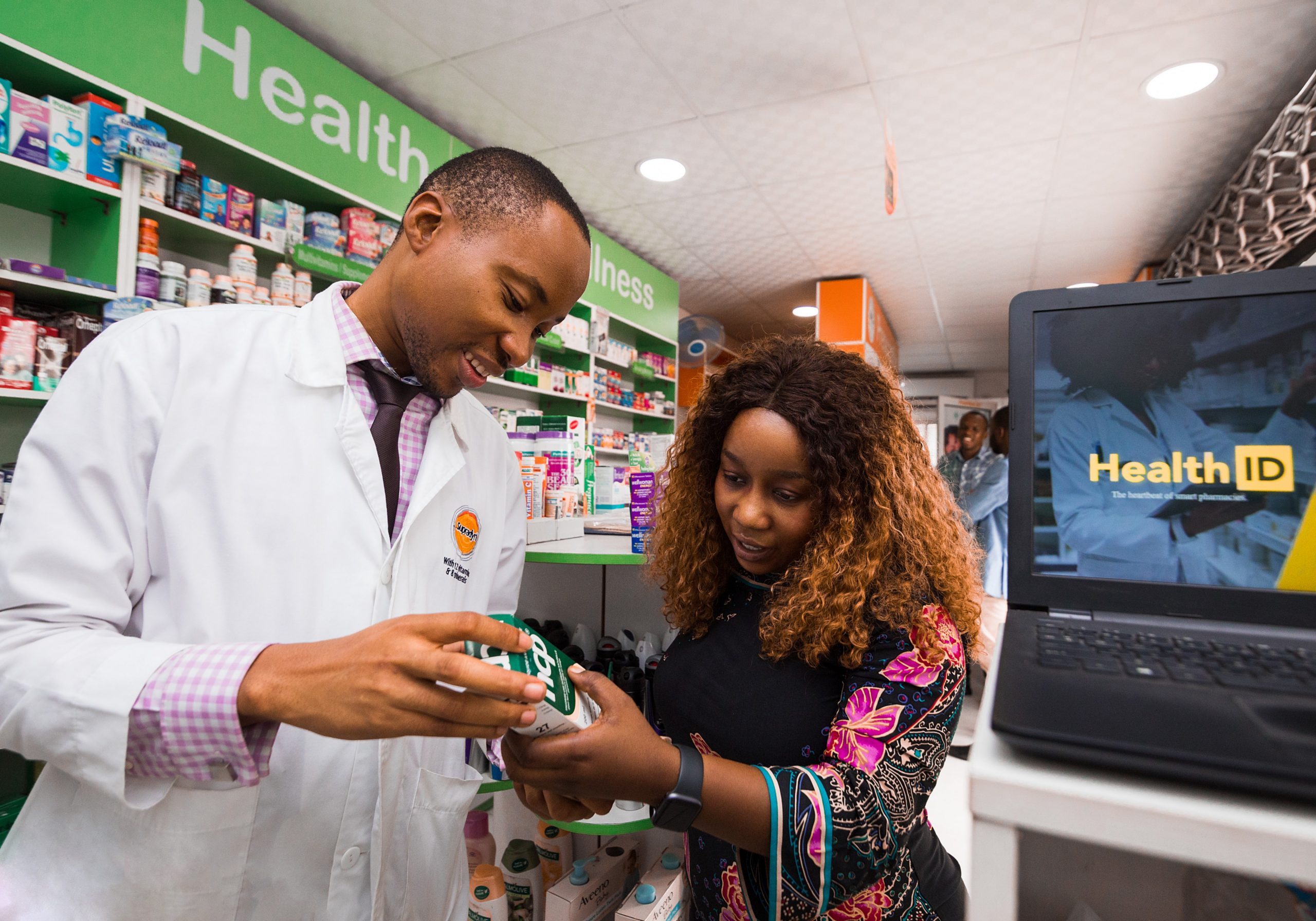 Following the rising number of COVID-19 cases in India which has inevitably brought out a massive death toll and temporary closure of factories, drug distributors and importers have warned of impending drug scarcity.

The pharma experts also warned that patients especially those with chronic ailments such as cancer, tuberculosis, human immunodeficiency virus and diabetes are at risk of impending drug scarcity.

This is just as physicians in the country called for understanding, adding that the situation can be managed without pressing the panic button.

As of Friday, India’s coronavirus infection hit 30 million cases with a daily record for deaths of about 4,387.

Worried by the turn of event, the Pharmaceutical Wholesalers and Distributors Association of Nigeria (PWDAN) on Thursday raised an alarm that the country risks running out of its current stock of pharmaceutical and medical supply.

The association premised its warning on the rising cases of COVID-19 in India, which is arguably Nigeria’s biggest drugs importing hub.

Recall also that the President of Nigerian Association of Pharmacists and Pharmaceutical Scientists in the Americas (NAPPSA), Dr Anthony Ikeme, last year emphatically stated that the country expends an estimated $600 million (about N276 billion) annually on imported drugs from China and India.

Ikeme had warned that unless the federal government develop and execute a blueprint for the economic development of the pharmaceutical industry, the country may pay heavily for its overreliance on the South Asian country for most medical and pharmaceutical supplies.

His fear is seemingly justified

Speaking with PUNCH, Dr. Ernest Okafor, PWDAN Chairman expressed concerns that with the temporary closure of some factories, shipping drugs from India is become a daunting task.

“Now that COVID-19 is seriously ravaging the country, we cannot even call our Indian partners for products. They won’t answer you because they are not operating right now.

“The truth is, once you miss your source for water, that channel dries up. We are the feeder end, not the source. Among the world powers, it is said that when America sneezes, Africa catches cold. Same thing is playing out. I am not a prophet of doom but I fear more is coming.

“Why I said that is because we have more of Indian representation than China in the products portfolio we are carrying in the country. You will discover that the effect of China that started at that time will be lesser than what we are going to face later,” he said.

According to the pharmacist, the pandemic has resulted in massive disruptions in global supply chains, adding that Nigeria in particular is vulnerable as over 70 per cent of its drugs supply is imported from India and China.

“I might not have the proper statistics but, give or take, about 60% of imported products being circulated in the country are from India. Just as we have PWDAN, Indian representatives also have their own association here in the country.

“That is why I said whatever affects that region will definitely affect Nigeria not to talk of the scarcity of APIs. Instead of giving incentives for manufacturers, what government should do is to put resources together to build a petrochemical industry. If FG can take care of the problem of power and petrochemical industry, they will rev up the economy and create employment,” he said.

An API means the Active Pharmaceutical Ingredient which is contained in medicines.

Okafor recalled how Nigeria was seriously affected in 2020 when India suspended API exportation during the outbreak of COVID-19.

“India set that red flag initially in 2020 before China. They were not interested in exporting API for paracetamol but they are interested in pushing out finished drugs for us to buy instead.

“We don’t produce API in this country because we don’t have a petrochemical industry here.”

“The generic drugs are becoming scarce as a result of the pandemic ravaging the Indian population. It is naturally expected that things like this might happen.

“However, when the drugs become available again, our responsibility in PWDAN is to make them available in the same way and manner that they have been manufactured to retailers with patients as the end-users.

“We are hoping to properly address this matter and the issue of fake drugs at a conference in Sheraton Hotel on May 26,” he said.

Meanwhile, a notable pharmacist and National Chairman, Association for Pharmaceutical Importers of Nigeria (APIN), Nnamdi Obi traced the origin of the problem.

He reiterated that since the pandemic started, prices of both API and finished products have fluctuated.

“The price we buy today is not the same we will buy tomorrow. This is further exacerbated by the absence of power, infrastructure and ease of business in Nigeria. Most factories in India today are functioning below optimal level because they don’t work on a daily basis because of the COVID-19 lockdown.

“Once we exhaust the stock we have presently in the market space and the situation in India doesn’t improve, the reality will dawn on Nigeria,” he warned.

In major public hospitals and private health facilities, the fate of patients has somewhat becomes a source of worry.

A Consultant Clinical Oncologist at Federal Medical Centre, Abeokuta, Dr. Alabi Babatunde lamented that it is bad enough that most patients with cancer and tuberculosis pay out of pocket.

“They procured their drugs from pharmaceutical representatives and hospital pharmacies. It is very likely they will be affected especially when the products are coming from India. As it were, I know that the Indian drugs are usually cheaper than other the ones from European nations.

“What it means is that most patients would be left with no choice than to buy the expensive ones available. I understand that India’s human capital is seriously affected by the pandemic. When that happens, a nation will have no choice than to close shop.

“Don’t forget that the same drugs they are buying from those European nations are also packaged in India. The only difference is that Indian population offers them cheaper manpower and labour. Therefore the cost of production would expectedly be cheaper in India than when they produced them in Europe,” he said.

The oncologist admitted that the cost of an average cancer or TB drug is an expensive project for the average patient.

“Depending on what patients are treating, some cancer patients take oral drugs as palliatives. It tends to slow down the progress of the disease. To some, it is time-bound and more of definitive treatment.

“For instance, we have a breast cancer patient that is hormone-dependent. She was placed on hormonal treatment that lasted for five years. That is the definitive treatment, not the type a patient will continue for the rest of her life,” he stated.

Babatunde’s fear was also shared by the owner of Newton Pharmacy, Olabanji Obideyi, who told our correspondent that his store has already run out of certain drugs like Augmentin for a while.

“For the patient with HIV, TB and Diabetes, they are going to be badly hit, because there is no drug security. Some drugs recently are very scarce. The companies do not have them, if it gets prolonged, what is our fate?

“When the demand is more than supply, the price is high. We stock in large quantities. There is no way the situation will not affect the drug situation in Nigeria. Most of the drugs we consume in Nigeria are from India,” he said.

However, another clinical oncologist at the College of Medicine, University of Lagos, Prof. Francis Durosinmi-Etti called for restraint.

He noted that as far as cancer drugs are concerned, it does not look like the country will run out of them any sooner.

He also drew attention to the fact that not all drugs coming into the country are from India.

“The only reason Indian drugs is favoured is that they are biosimilars which are usually cheaper,” he said.

A biosimilar is a biologic medical product highly similar to another already approved biological medicine.

“There is a particular drug, for instance, which injection costs N1m but the biosimilar of that same injection may go for about N500,000.

“I am sure the fear of drug scarcity stems from the death toll and closure of factories in India. We are not panicking. There is no cause for alarm for now,” he said.

“It’s true a large volume of pharmaceutical products come from India and the ongoing pandemic would affect supplies all over the world and even prices.

But we are coping. And we will continue to cope. I am convinced Nigerians would continue to get all necessary drugs,” he reassured.