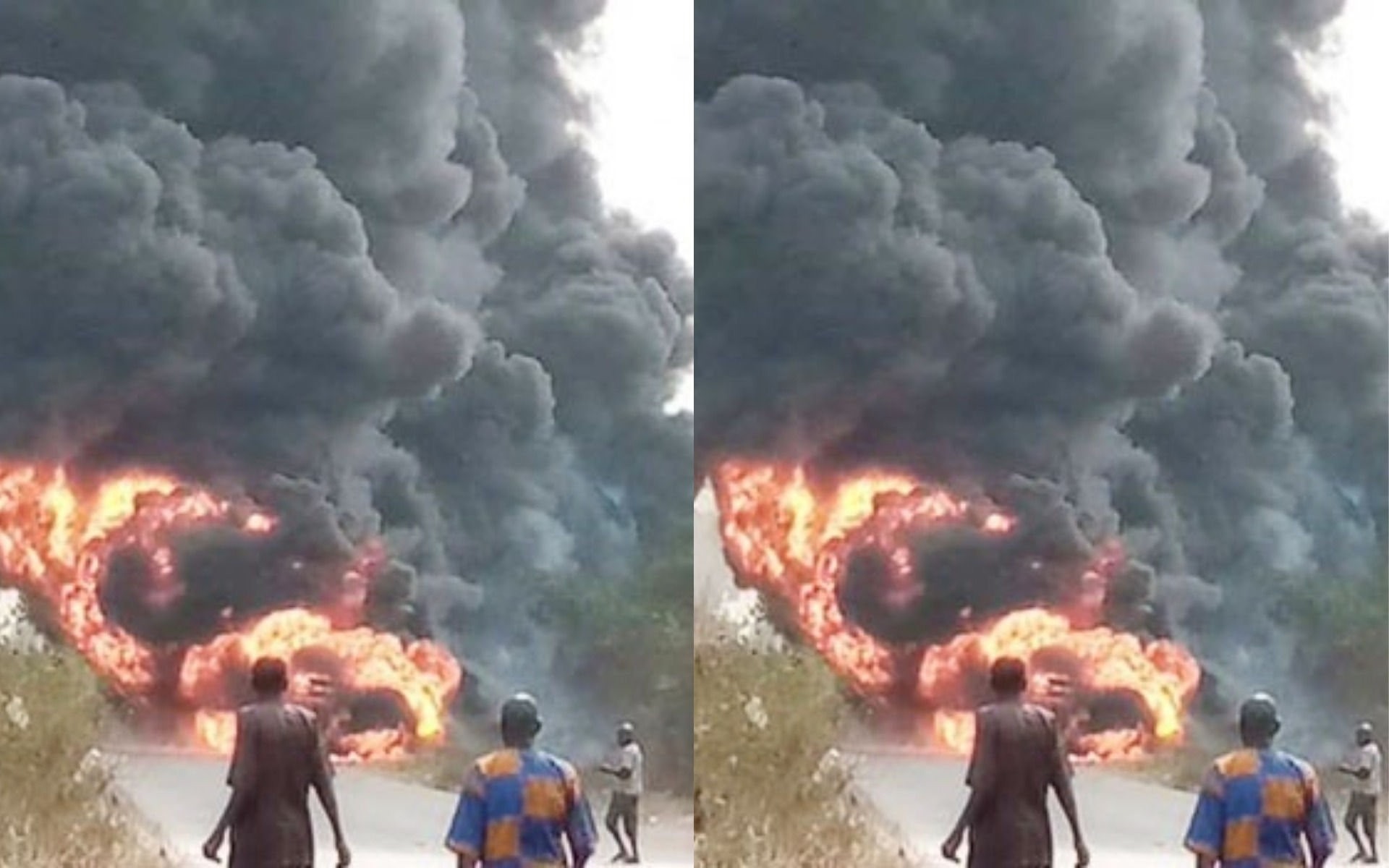 In what will come across as a tragic accident, the driver of a diesel laden tanker has been reportedly burnt to death.

He was killed following an explosion which occurred at Atoyo, outbound Ijebu Ode along Ijebu Ode Ogbere expressway in Ogun State on Friday, February 12.

Spokesperson of the Ogun State Traffic Compliance and Enforcement,  Babatunde Akinbiyi told Channels Television that the accident occurred at 10:45 am and was caused by reckless driving by the driver of the tanker who was alone in the truck.

“The driver of the Diesel laden tanker was driving recklessly when it suddenly lost control and fell on its side with its content spilling on the road before it exploded.

“The driver, according to eyewitness account was the only occupant in the vehicle when the unfortunate incident happened and was burnt to ashes before rescue effort could reach him.”

Akinbiyi also disclosed that the make and registration number of the tanker could not be ascertained due to the level of explosion.

‘I built my wife a flat, bought her four cars, set her up in business yet she refuses to cook for me’