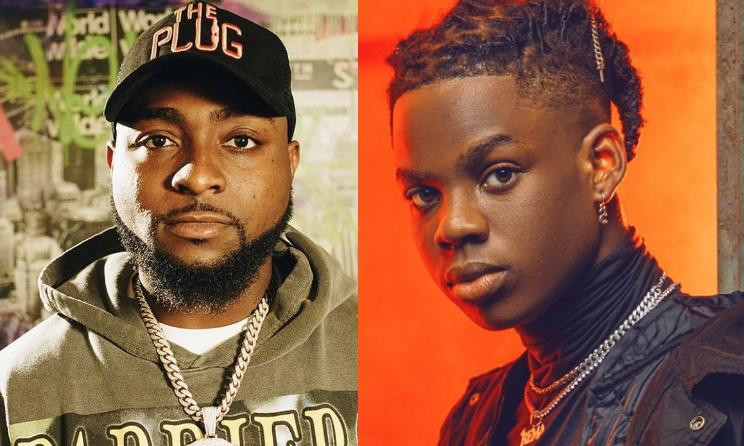 Davido has reacted to a social media report which alleges that fellow singer, Rema, got slapped during the final of the BBNaija reality TV show.

Recall that Rema went on a Twitter rant yesterday saying:

“When we in the same room together don’t label me proud or rude because I don’t smile, talk or laugh to your jokes.”

His words were immediately linked to an alleged incident which social media users say he had with members of DMW Records owned by Davido.

He’s said to have been slapped after he walked into a room without showing respect to the DMW crew.

One Twitter user, @manlikefola_, gave details of what allegedly happened.

“Yea Laycon and a few housemates wanted to take selfies with Rema but his bouncers stopped them which made Davido angry, that he should be humble. And in the process, Rema chop slap sha,” he tweeted.

His words didn’t sit well with Davido who responded, saying,

“Actually not fair bro … cus pple actually believed u … we humans too my guy.”

“Guys, this tweet about Davido slapping Rema was just a joke and a lie. Thank you,” he wrote. 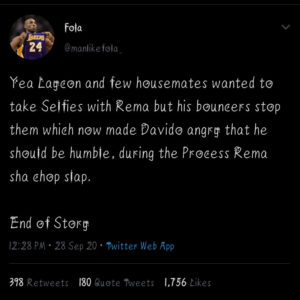