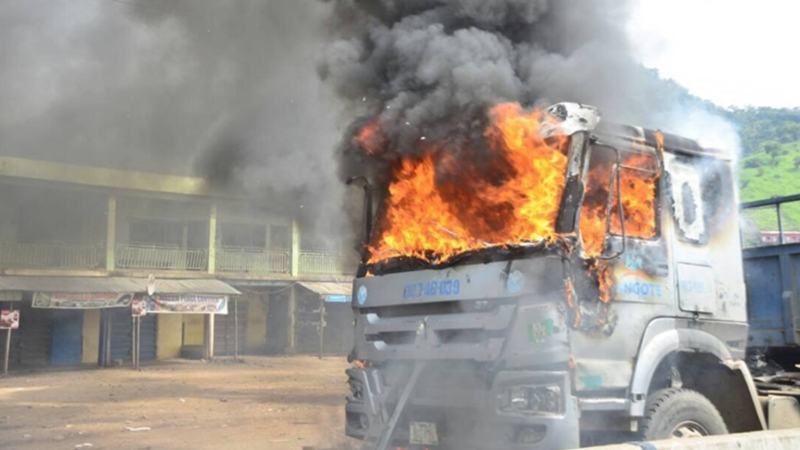 A truck owned by Dangote Cement Company was razed by angry pedestrians after it crushed a commercial motorcyclist and his passenger to death along the Ilaro-Ibese Road in Ogun State.
The PUNCH reports that the truck driver fled for his life after the accident on Friday evening as gridlock caused by the accident left some travellers on the road stranded for hours.

Akinbiyi stated, “The Dangote truck reckless driver left its lane to face the motorcyclist and the pillion passenger at his back, in the other lane and crushed them to death.

“The case is being handled by the Dangote Plant Police.”

He explained further that one of the corpses of the victims had been deposited at Ilaro General Hospital morgue, while the other victim had been buried by the family.

He commiserated with the families of the victims and advised truck drivers to avoid dangerous driving.