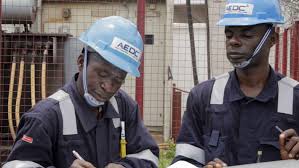 The Abuja Electricity Distribution Company (AEDC) says customers in some parts of the city will experience a three-day power interruption.

The General Manager, Corporate Communications of the AEDC, Oyebode Fadipe, said this in a statement issued to newsmen on Tuesday in Abuja.

According to him, the interruption will start from Jan. 26 to Jan. 28.

According to him, the essence of the interruption is to enable the maintenance crew of the Transmission Company of Nigeria (TCN) re-string the vandalised portion of the 132 Kilo Volt (KV) line.

“In order to cushion the effect of the three-day interruption, AEDC has worked out modalities to back feed some of the affected areas, where possible.

“This will, however, engender a load shedding regime, since existing nearby feeders will be saddled with more loads that they hitherto were not carrying.

”While appealing for the understanding of the affected customers, AEDC says the replacement and restoration of the Gwagwalada – Kukwaba 132kV line by the TCN will give it the opportunity to optimise the use of the line for the benefit of its customers,” he stated.

The general manager recalled that the TCN Gwagwalada/Kukwaba 132kV line, had suffered several attacks in the hands of vandals in recent times.

He noted that the development had made it difficult for customers and service providers to put the line to beneficial use.