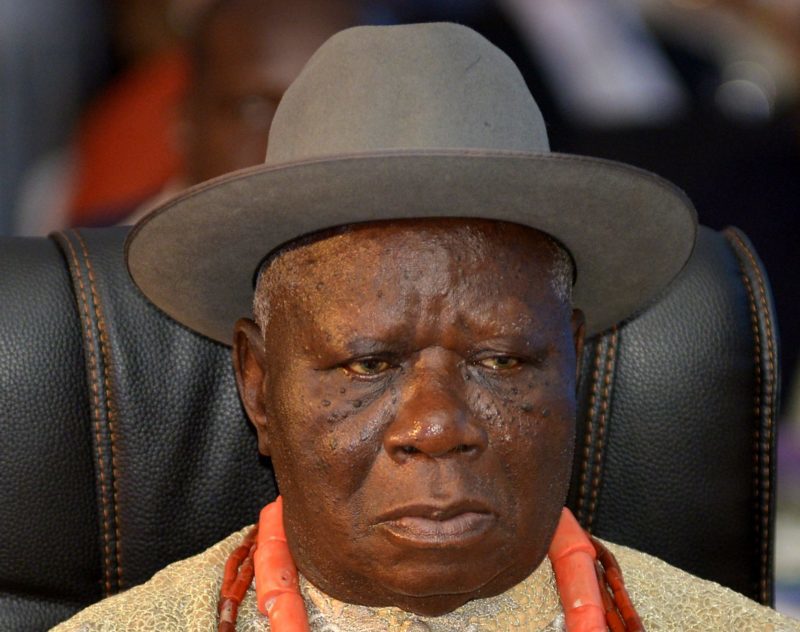 Elder statesman, Chief Edwin Clark, has said that Governor Yahaya Bello of Kogi State deserves to be sanctioned for saying that COVID-19 is not real.

Clark made this known in an interview on Wednesday in Kiagbodo, Delta State after recently recovering from the deadly virus two weeks after testing positive.

He said: “The governor of Kogi State, Yahaya Bello, should be ashamed of himself. He should be sanctioned.

“This is a man parading self that he wants to be President of Nigeria. It’s all nonsense. Some of them feel because they are very close to Mr. President, they can do anything.”

The Octagenatiab revealed that he contracted the virus after his niece who visited his Abuja home became sick and later tested positive for the virus.

He said: “Sometime last month (January) I got a call from one of my nieces that she was just coming from Warri. I told her that you people in Warri don’t observe COVID-19 protocols very well and I said she should stay in the guest house.

“On the third day she became very ill. She was very weak, coughing, and that she has malaria. I directed that she should be taken to my clinic. Because she was coughing, the doctor said she should go for a COVID test.

“The following day (Friday) the Health Minister sent doctors and 24 of us in the house were tested and the Saturday of it the result came and nine of us tested positive. Number one on the list was myself. I was terribly worried.

“He (Dr. Osagie Ehanire) contacted the FCT team and they said they want to evacuate me to a good isolation centre but I insisted on treatment from home. They said that was okay.

“They sent doctors to look after me and the rest who tested positive. I was worried because I have heard of people dying of the virus.”

He described his 14- day isolation and treatment period as “terrible experience”, adding that he was at a point scared of the virus.