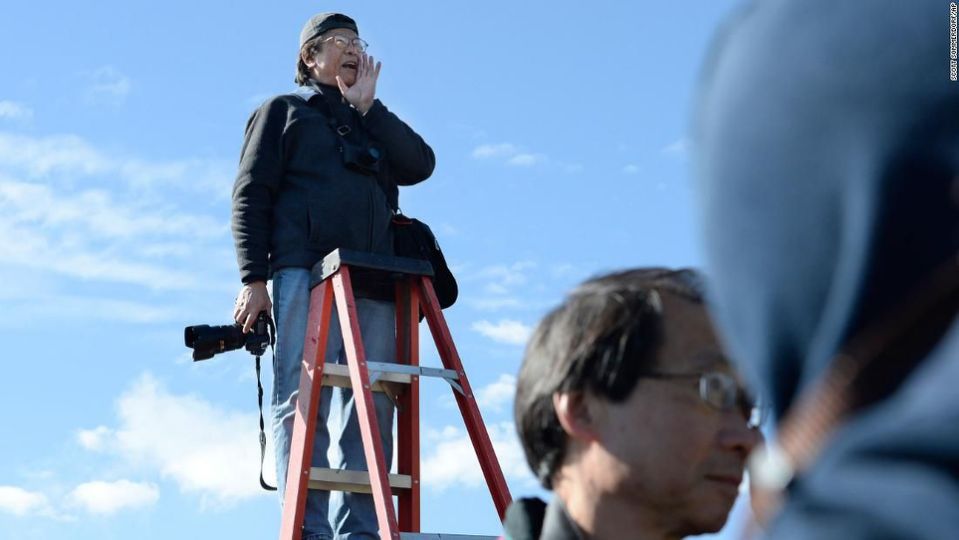 Corky Lee, a photojournalist who pushed for greater Asian American representation through his work over five decades, died on Wednesday in New York City due to complications from COVID-19.

Lee, who joked that he was the “undisputed unofficial Asian American Photographer Laureate,” embarked on his quest while studying American history at Queens College in 1965.

Lee was puzzled by an official photo of the transcontinental railroad at Promontory Summit, Utah, which was completed in 1868 largely with Chinese workers but showed none of them. At the 145th anniversary celebration of the event, Lee gathered a flash mob of about 250 Chinese Americans for what he called a ‘Photographic Act of Justice’, with many posing in period costume for his photo.

“I envision that the gathering … is like a spark that ignites a prairie fire, the spark will die, but the prairie fire will spread far and wide,” he said in an interview with AsAmNews in 2014.

“Corky reimagined it and put faces of Chinese Americans where they had been excluded and getting no recognition,” said activist Helen Zia. “That’s what Corky did.”

“I had to think that every time I take my camera out of my bag, it is like drawing a sword to combat indifference, injustice and discrimination and trying to get rid of stereotypes,” he told AsAmNews.

His 1975 photo of a Chinese American man bloodied by New York City police appeared on the front page of the New York Post diary, helping to galvanize a protest march from Chinatown to City Hall.

Lee photographed protests against the 1982 murder of Vincent Chin, a young Chinese American in Michigan, by autoworkers who blamed Japan for the loss of U.S. auto jobs.

“If you want something other than the usual stereotyped images of Chinatown or ‘orientals,’ he has them,” said Jack Tchen, director of a 2002-2003 exhibition of Lee’s work.

The Corky Lee Recovery Fundraiser, a Facebook page set up by friends for the Queens, New York, native, raised over $46,000 to help pay for his medical bills.