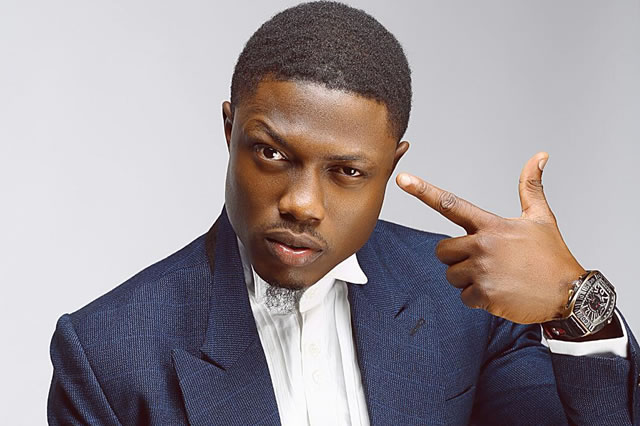 Nigerian rapper and songwriter, Olanrewaju Ogunmefun, better known by his stage name Vector has described his personality which most people perceive as arrogant.

While speaking exclusively with The Nation, the lyrically bold and sound rapper revealed that his confidence in himself is being mistaken for arrogance.

Vector has been in the public for rumoured beef with the industry’s finest such as Reminisce and MI Abaga, though he publicly squashed his differences with the Short Black Boy, thanks to Hennesey Artistry.

However, he told The Nation, that his beef with Oja Daddy (Reminisce) has long been squashed, adding that “The fight is over, it is a long time ago. At this point, I’m angry at him because he is supposed to send me a verse which he hasn’t done (laughs) but we are cool, we are friends, we talk every now and then.”

The King Kong rapper whose album T.E.S.L.I.M, which stands for The Energy Still Lives In Me.” was inspired by his late dad said the album opens up some part of himself to his fans, adding that “It would be real music from the soul, so, you are on point with that assumption, there will be some opening up of some sort about things that maybe I used to be shy talking about but not anymore.”

Speaking about the misconception people have about his personality, Vector added thus:

I feel like most times, we barely meet confident people and if we go deep into this, you would be amazed at how experimental it is with my upbringing, how we were raised, racial discrimination. By those virtues or vices, a lot of people are not as confident as they should be so when they meet someone who is confident, it feels like something is wrong like why is he confident, all of us aren’t. And while I am saying this, they can see this as being cocky but I am just being honest because me too, growing up, everything I wanted to try had a denial from my mum, who would always say no. I want to ride a bike, no you can’t, I want to swim, no you can’t so I had to force myself to learn some of the things I now do. So imagine if I didn’t learn how to swim and I am now somewhere people are swimming, I will feel some type of way, so I feel it’s the confidence I have in myself that people misunderstand because I am not necessarily the most friendly person because I understand we all can’t be friends, at least simultaneously. It’s okay for you not to understand who I am but don’t judge me by that because you have to encounter something to know me so I know that people mistake my being confident in myself or being self-aware for me being cocky but there’s nothing I can do about it, the problem they have is in who I am.

Cardi B calls Nigeria her second home, says Chioma B has returned