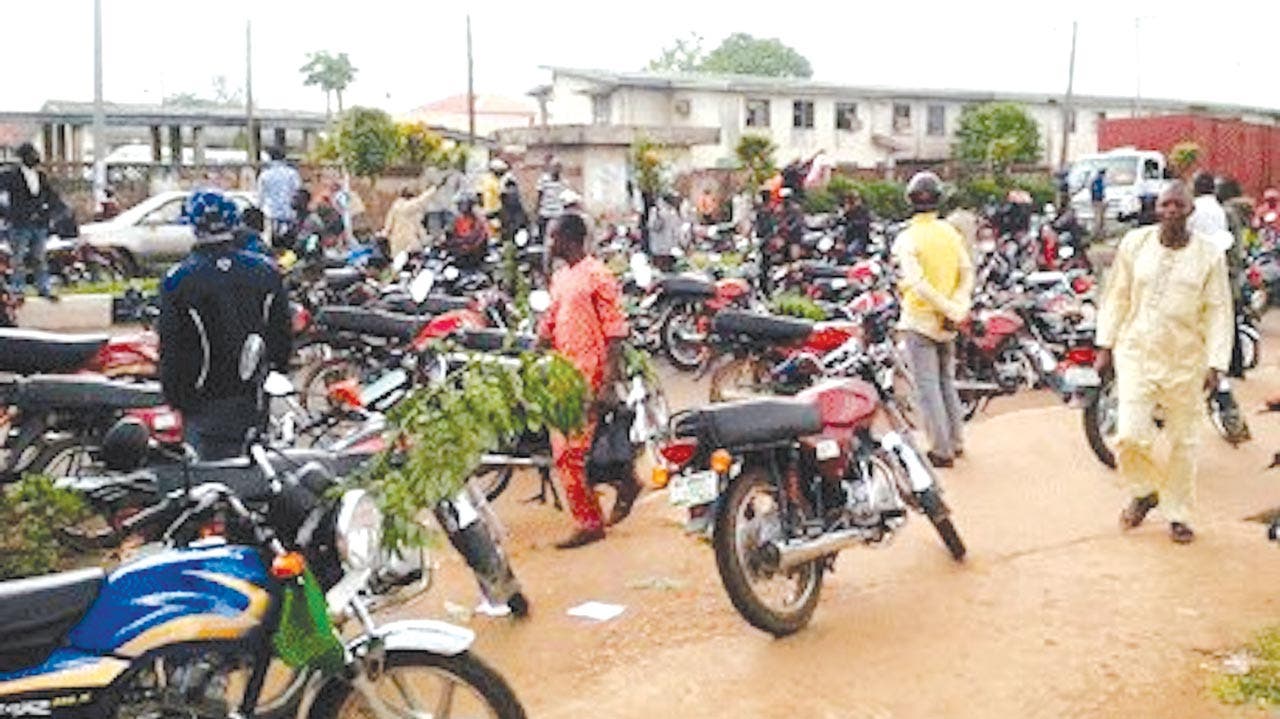 It was said that the deceased motorcyclist lost his life while attempting to resist arrest by members of the task force put in place by the Sagamu Local Government council after allegedly driving against traffic.

According to a source the motorcycle rider fell down, hit his head on the ground, and died instantly.

The development threw the entire town into confusion, as motorcycle riders, in their numbers, protested against the alleged action of the taskforce.

The protesters were said to have destroyed vehicles and other valuables, while residents scampered for safety and many business outlets hurriedly shut down.

The protesters also besieged the council secretariat on Aiyepe road to register their displeasure with the development.

However, as at the time of filing this report, normalcy had been restored to the town, with people going about their daily activities.

When contacted, the Police Public Relations Officer (PPRO) of the state police command, Abimbola Oyeyemi, confirmed the incident, stating that the situation had been put under control.

Plateau ready to partner with NAPTIP against trafficking in women, girls – Lalong