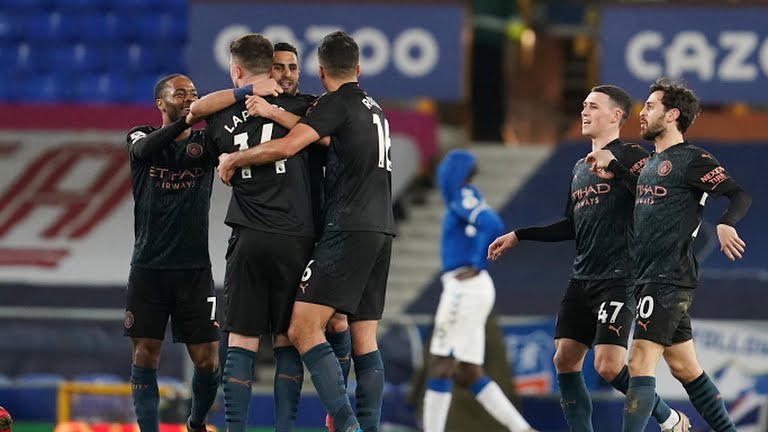 Manchester City defeated Everton 3-1 to take a tem-point lead on top of the Premier League summit at the Goodison Park on Thursday night.

Richarlison cancelled Phil Foden’s 32nd minite opener after five minutes as both teams ended the first half  in a stakenate.

The Citizen’s resilience paid off in the second half as they got two goals to finish off Carlo Ancelotti’s Merseyside blues.

Two sublime left footed finishes from Riyad Mahrez 63′ and Bernardo Silva 77′ sealed the deal for Pep Guardiola’s side as who have now won their first 10 top-flight matches in 2021, the longest ever winning run by a team from the start of a calendar year in top-flight history.

Everton have lost their last six Premier League games against Man City, their worst losing run against an opponent in the competition since losing nine in a row against Man Utd between 1999 and 2004.
Related Topics:evertonManchester CityPremier league
Up Next