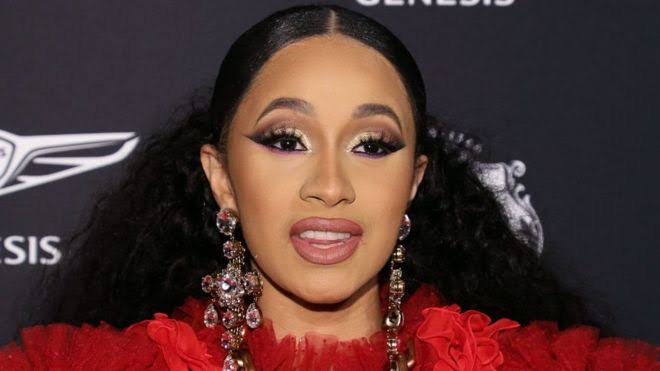 American female rapper and entertainer, Cardi B, was in great dissatisfaction at the 2020 grammy award when her outfit gave her up in public.

The rapper has over the years suffered from wardrobe malfunctions. At the last Billboard Music Award, the rapper suffered an embarrassment when her dress revealed her p**sy when her boyfriend held her leg up high in a pose.

The rapper faced another embarrassment when her boobs kept slipping out from her long red dress. The dress, which was sewn to reveal a few her assets rather exposed the whole cleavage.

It took the intervention of her boyfriend, Offset, to hold up her breast to prevent it from falling out.