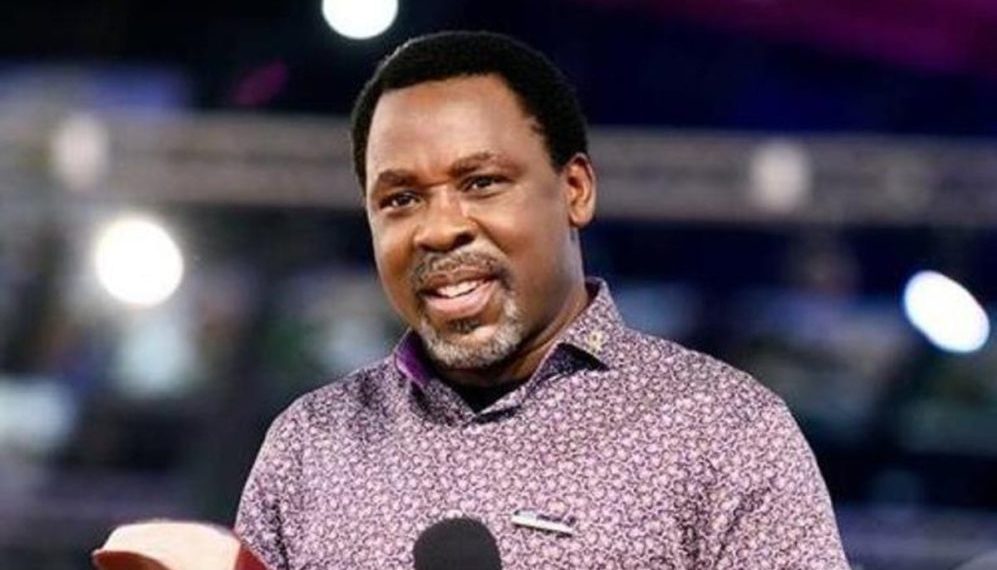 The monarch of Arigidi Akoko in Ondo State, Oba Yisa Olanipekun, has begged members of the Synagogue Church of All Nations to allow the late Pastor TB Joshua to be buried in his hometown.

Joshua died in Lagos at the age of 57.

All the traditional rulers in the four Akoko LGs are ready to give the late cleric a honourable burial in his hometown, Oba Olanipekun said even though members of the church feel otherwise.

Oba Olanipekun said, “We can handle all his burial arrangements, not only Arigidi but all the Akokos’, comprising four local governments. We don’t joke with him, we know what he has done for us.

“Prophet had it in mind that he was coming home, so why would they bury his remains in Lagos? That is what he wants! He is from here. Look at these late pastors, Moses Orimolade was brought to Ikare, Ayo Babalola was taken to Ikeji-Arakeji, Pastor Timothy Obadare was taken to Ilesa in Osun state, among others, so why will ours be different?

“Is he from Lagos? So, they should please, don’t get the whole Akoko angry with them because all the Obas in Akoko have been calling me in respect of that.

“Some places in Ondo State have no light for the past six years but he solved our problems, bought transformers, fixed everything and paid, so it is not only my battle but the whole Akoko.

“As you can see me, I have not been myself because this is a great loss to me, my family and the whole Akoko and even the world in general.

“The day he died, he visited me at night, I sat down here in this palace, I called one of the security men if he can hear the noise of crusaders but moving some steps, the whole noise stopped. So, most of the time, I call him papa. I could not believe his death until a reliable source told me his remains had been deposited in the morgue.

“His visit to me the night of his death signifies that this is where he comes from and wants to be buried. He had a lot of dreams for the town. He had acquired lots of lands where he is building a church and schools.

” What he told me was that, after 50 years of age, he was going to come back home and he has it in mind to complete that project as soon as possible, meaning he wants to move his church to Arigidi Akoko.”

Related Topics:FeaturedTB Joshua
Up Next