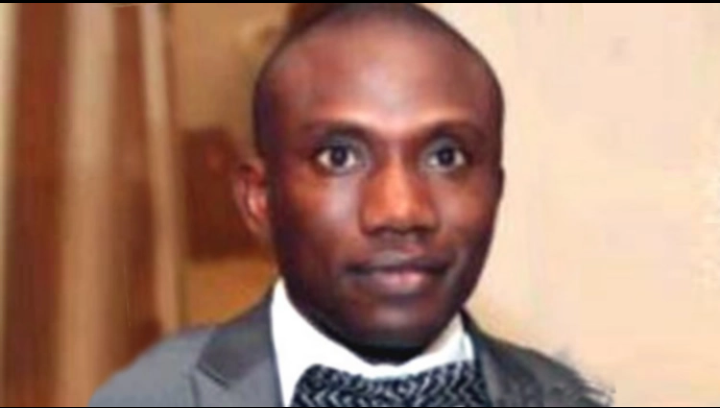 When I read the Minister of Information and Culture, Lai Mohammed’s reaction to the Grammy honours clinched by Afrobeats stars, Damini Ogulu (better known as Burna Boy) and Ayodeji Balogun (Wizkid) on Sunday, an involuntary, albeit mischievous smile escaped from my lips.

Momentarily, I remembered Mohammed’s romanticisation of the idea of what the creative industry could do for Nigeria’s economy when he was newly appointed. On one occasion in 2016, the minister spoke of a particular masquerader, whose dressing could employ 1,000 people in one week. I wondered how much he had achieved with his dressing and undressing of masqueraders’ dream; and what he would say if asked to account, for how much his leadership of this sector had done to advance its multiple arms and increase their contributions to Nigeria’s Gross Domestic Product.

Ten months ago, he set up the Ali Baba committee to advise him on mitigating the effect of the COVID-19 pandemic on the industry.  Shortly after that, the Post-Covid-19 Initiatives Committee for the Creative Industry, headed by Director-General, National Council for Arts and Culture, Otunba Segun Runsewe, was set up. Nothing has been made of the report of these committees. Thankfully, Mohammed recognised that Burna Boy and Wizkid’s awards resulted from their diligence and commitment to what they have chosen to do.

It is unfortunate that it cannot be said that government is paying attention to the development of the creative industry. Sources in the industry in fact hinted during the week that the minister is mockingly referred to as the “Minister for committees” within the industry. Since 2015, the minister is said to have established at least 14 committees between the broadcast, movies and music sectors; yet, none of them has produced any significant result!

Of course, Nigeria and Nigerians should also rejoice for Burna Boy and Wizkid’s most recent achievements. They do deserve their moment in the sun even as we admonish that they continue to work harder not just for the sake of awards, but for the entrenchment of their names in the music hall of fame.

MORE READING!  Arewa: The region on self-destruction BY Danaudi Comrade

Between the duo and David Adeleke, also known as Davido, who featured in the sequel of the Hollywood’s evergreen “Coming to America II,” which set the light on Nigeria penultimate week, the country has had a moment’s respite from the ocean of negative reports that has become its lot lately.

It is refreshing to see Nigerians rising against the tide and striking the name of the country off the global images of blood, corruption, kidnapping and banditry by winning international laurels in music, arts, sports and education. We recently saw young Miss Faith Odunsi, the Ogun State based secondary school pupil lead a global Mathematics contest.

Truth is that most of these accomplishments are traceable to the efforts of individual. Whether it is in the education or music or film, the Nigerian establishment is numb to the urgent need to build the structure that can enhance the capacity of its people to attain their potential. Odunsi, for example, attained her mathematics genius at the expense of her parents who are endowed and wise enough to send her to a private school where there is qualitative instruction! How many of Nigeria’s children have such opportunities when millions of them are actually out of school with most state governors only playing lip service to ending their plight.

What is more disheartening is that these leaders know what to do to reverse the unacceptable situation. Not just that, they also know that not doing anything at the right time is to the eternal disadvantage if not damnation of the country. The gradual erosion of the quality and access to education without argument, one of the reasons for the level of violence that permeates the country currently.

As it concerns the creative sector, it is disheartening that nothing tangible is being done to harness the potential therein. Just on Tuesday, there were reports that data by the National Bureau of Statistics indicated that unemployment rose to 33.3 per cent in the last quarter of 2020. Yet, a minister who knows the low hanging fruits to gainful employment does nothing than talk.

Hear Mohammed speaking about the masquerader five years ago: “There’s a particular masquerader in the South-East, it takes 100 people to dress him, another 100 people to undress him. If this masquerader is well-packaged, it can provide employment in one week for more than 1,000 young men. These are some of the untapped potential… In Cross River’s reserve park, Nigeria has the oldest forest in the whole world. It is the oldest in terms of biodiversity, and we have this very rare, white-mane gorilla in that area…” So, he knows the potential!

He also knows the problems! Hear him! “I worked in the airport for 10 years, and I know that if you want your passport stamped as a foreigner, you slip $100 into your passport. No tourist would come back to a country where he has to bribe immigration (officers) to enter. No tourist would come to a country where, when he leaves the immigration, he enters a ‘one-chance’ taxi or ‘one-chance’ bus. It’s a holistic problem and these are all contained in the national tourism master plan…You need infrastructure to convert a tourist site to a tourist attraction. If you don’t have infrastructure, it would always remain a tourist site. What we have in Nigeria are tourist sites. They are not tourist attractions.” So, what has been done to change this profile in the past five years?

Things are as terrible in the film, music and fashion sub-sectors. They only thrive because of the resilience of individual practitioners. As a whole, the petty-trading mentality of our banking institutions makes funding an everlasting challenge for entrepreneurs. Mildred Okwo, one of Nigeria’s leading filmmakers recently told of how she waited for five years to raise funds to shoot her film, La Femme Anjola, which enters the cinema this weekend. Across board, there are no purpose fit financial/funding structures that enhance capacity.

For the music and film businesses, copyright infringement remains an existential problem just as the lack of structure has turned everyone into a jack of all trades. In those days, multinational recording companies saw opportunities in Nigeria and aided the careers of musicians. Skills were also so stratified that everyone did what he had talent for, unlike these days when an artiste composes, books studio sessions, records, produces, mixes and even markets his albums. If you can call what Nigeria has today a music industry, you would be appalled to imagine that there is no functional collective organisation that seeks to the recompensing the hard work of practitioners.

In the United States of America,  2.5million of private sector jobs are attributable to the film and television industry.  746, 000 of these are directly employed to the production, marketing, manufacturing and distribution of film and television productions while 1.7 million people are employed in businesses like catering, hotels and restaurants. Every production is known to bring jobs, revenue, and related infrastructural development which boosts  the concerned local economy. The industry is serviced by 280,000 businesses to which it pays an estimated $49 billion annually. According to a report on motionpictures.org: “as much as $250,000 can be injected into local economies per day when a film shoots on location…” The association of motion pictures also suggests that the US film and television industry has become a bigger employer than farming, oil and gas extraction, and mining.

But rather than provide institutional support to hard-working people in other sectors, Nigeria is stuck on the idea of oil, which has been mismanaged to the extent that she now imports fuels from countries with less or no natural endowments at all. You are then forced to wonder: is Nigeria a nation of builders or mere adventurers who feel great by stealing the future of their children at the altar of momentary gratification?

So, while we celebrate the heroes who continue to bring honour to the country on their personal steams, we must ask those who lead Nigeria why they have not provided the enabling environment for the growth of the creative sector in spite of its obvious benefits.

Bishop Hassan Kukah: The Radicalisation of Religion BY Toyo Falola

Nigeria: After 90 days of the Constitutional Force Majeure, What Next? BY Ndidi Uwechue