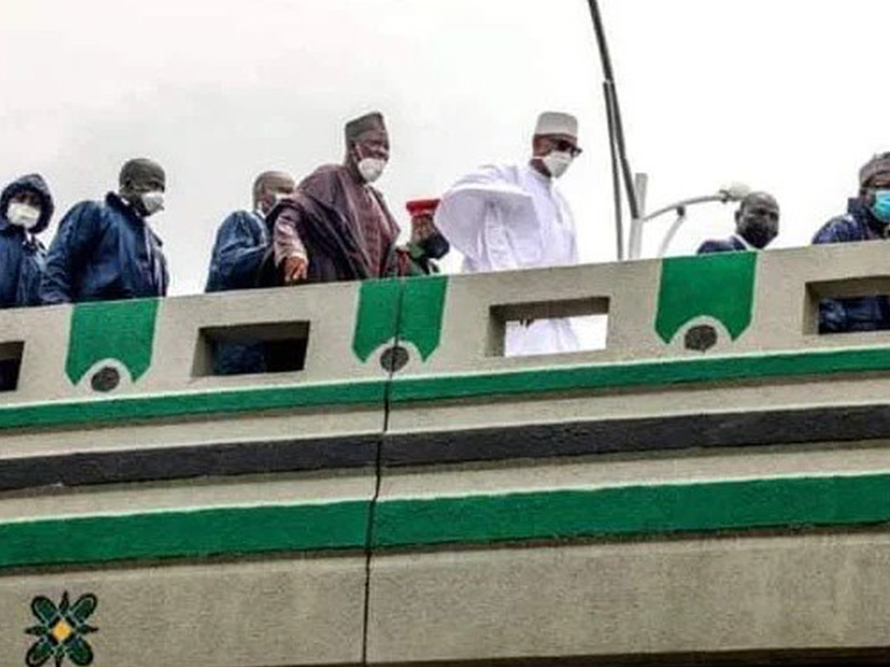 Immediately after inaugurating the project, the President inspected the layers and the recreational fountain.

Buhari, who was received by large crowds at the venue, proceeded to Kano Emir’s Palace.

The News Agency of Nigeria reports that large numbers of security operatives were deployed to strategic positions in the state capital.

Security operatives were already at their respective positions as early as 6.30 a.m in the metropolis.

The security operatives are officers of the Nigeria Police Force, Nigerian Air Force and Nigeria Security and Civil Defence Corps.

Also on ground were officials of the Federal Road Safety Corps, while Kano State Road Traffic Agency were controlling the traffic.

The segment starts from Rigasa station in Kaduna to Kano.

The length of the main line is 203.8 kilometres. It connects two important states in the northern region, namely Kaduna and Kano States.

When completed, it will be connected to the existing Abuja-Kaduna railway line, making it possible to travel directly from Kano to Abuja by train.

Released 1,009 suspects have no link to Boko Haram – Army