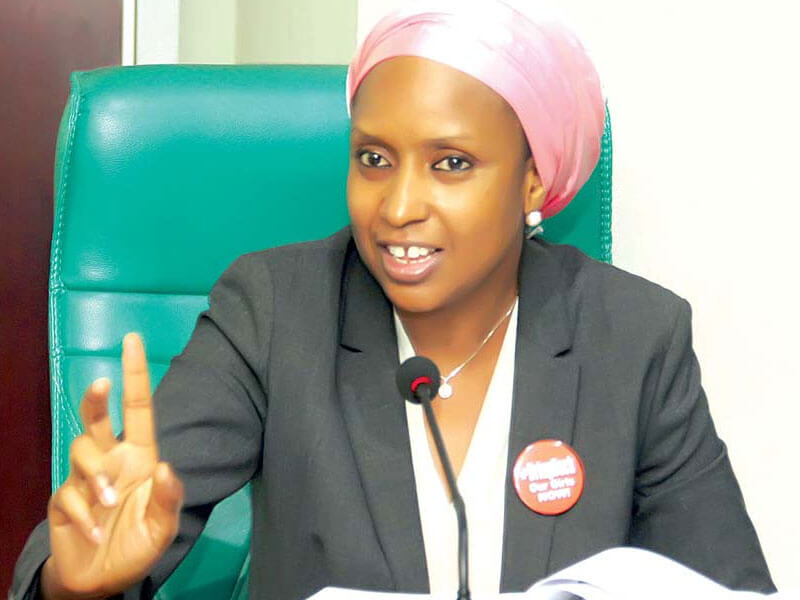 The President, Major General Muhammadu Buhari (retd.), has confirmed that the embattled Managing Director of the Nigerian Ports Authority, Hadiza Bala-Usman, has been relieved of her appointment.

Buhari disclosed this in an affidavit filed at the Federal High Court, Lagos, on July 12 in a suit brought against him by the Chief Executive Officer of Maritime Media Limited, Asu Beks, and two others.

In the suit marked FHC/L/CS/485/2021, the plaintiffs had filed a suit challenging the powers of Buhari to constitute the NPA Board and appoint the Executive Directors without recourse to the NPA Act.

According to the PUNCH, They also claimed that Buhari prematurely reappointed Hadiza Bala-Usman six months to the expiration of her tenure.

The affidavit, which was filed as Buhari’s preliminary objection to the suit was signed by Agan Tabitha of the Civil Litigation Department of the Federal Ministry of Justice, Abuja, on behalf of Buhari’s counsel.

Buhari argued that “the alleged reappointment of the third defendant (Hadiza Bala-Usman) upon which this court is being called upon to adjudicate, has since been terminated by the first defendant (Buhari) and the instant suit overtaken by the event of that termination.”

He also argued that the plaintiffs lack the locus standi to bring the case and the Federal High Court has no jurisdiction to hear the matter.

Consequently, Buhari urged the court to dismiss the suit as it has become purely academic.

“We submit that it is clear from the Plaintiffs’ affidavit, the questions for determination as well as the reliefs sought. It is obvious that the Plaintiffs neither suffered any injury as a result of the act or omission of the 1st Defendant.

“It is also evident that the claim against the Defendants is that the court should declare the alleged action of the 1st Defendant re-appointing, nominating and setting up of board of NPA illegal as it contravenes sections 2 and 10 NPA Act Cap N126, LFN 2004, even without stating that they have suffered any personal damage beyond any other person as a result of the said appointment.

“It is our submission that the Plaintiffs here do not possess the requisite locus standi to institute this action. Locus standi denotes the right of a party to institute an action in a court of law,” he argued.

The plaintiffs in the suit are Asu Beks, Tompra Abarowei, and Miebi Senge as first to third plaintiffs respectively.

The first to fourth defendants are Buhari, Minister of Transportation, Rotimi Amaechi; Hadiza Bala-Usman, and the Chairman NPA Board, Emmanuel Adesoye, respectively.

The matter is before Justice Tujjani Ringim of the Federal High Court, Ikoyi, Lagos.

Gunmen kill 1,031 Nigerians in one month with most casualties in Zamfara, Kebbi, Niger – Report