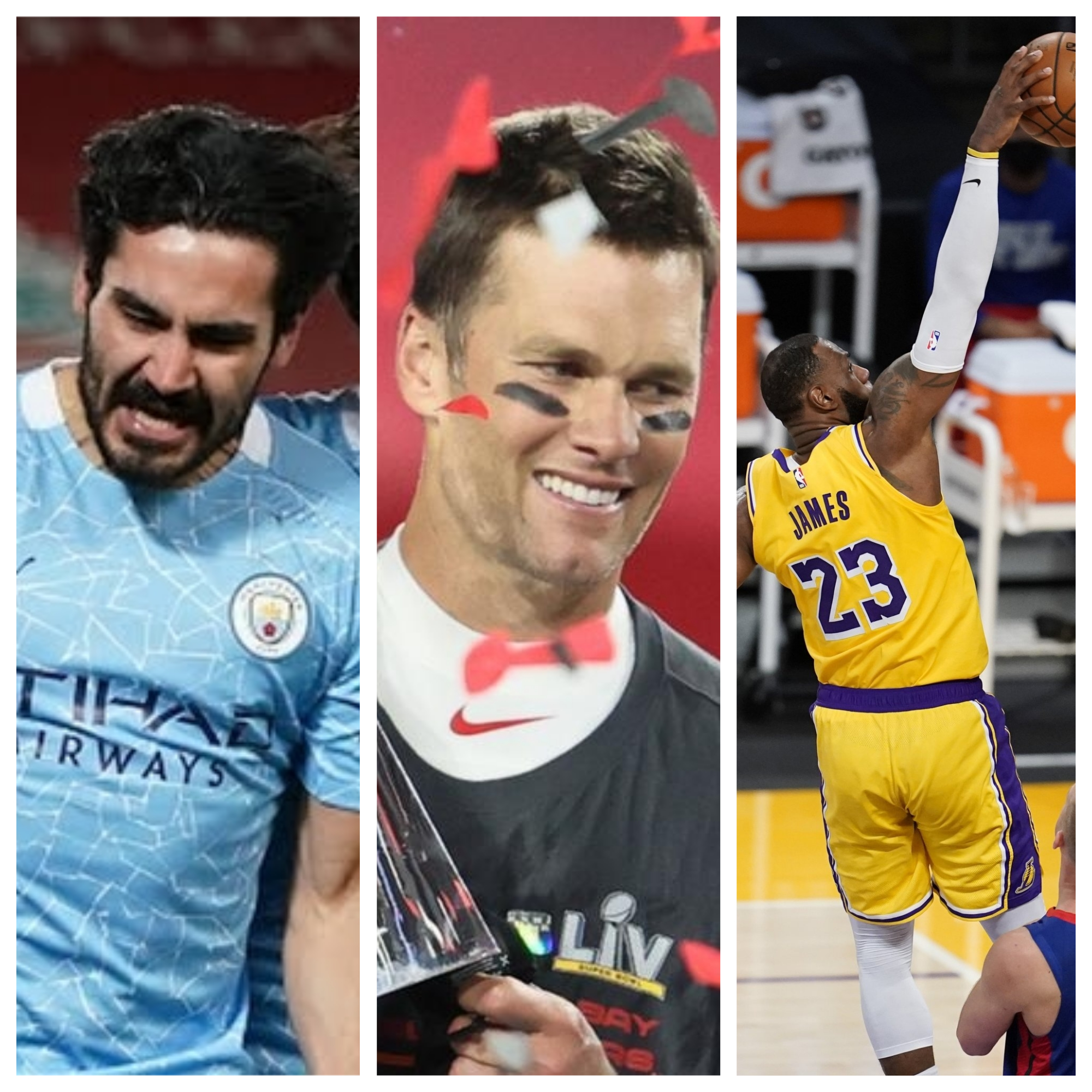 It was a record-breaking weekend in the world of sports for individuals and teams from the top European football leagues to the Super Bowl and the NBA actions.

The highlights of the weekend remain the historic 4-1 win of Manchester City over Liverpool and Tampa Bay Buccaneers’ 31-9 win over Kansas City Chiefs as Tom Brady became the talk of the town once again by breaking his own all-time record.

Liverpool became the first side to lose three straight home league matches in the following campaign after winning the English top-flight.

Chelsea did so almost 65 years ago back in March 1956, according to OptaJoe.

3 – Liverpool are the first side to lose three straight home league matches in the following campaign after winning the English top-flight since Chelsea did so almost 65 years ago back in March 1956. Throwback. #LIVMCI pic.twitter.com/UDJymBGlUV

To be ‘four-oned’ is to be forearmed – These were the writings on the scoreboard at Anfield when Jurgen Klopp’s Liverpool slumped to a 4-1 thrashing on Sunday night to give Pep Guardiola’s Manchester City a five-point lead at the top of the Premier League table with a game at hand.

Mohammed Salah’s penalty cancelled İlkay Gündoğan opener, but the German scored again alongside Raheem Sterling and Phil Foden as City earned themselves a 4-1 win over Liverpool. 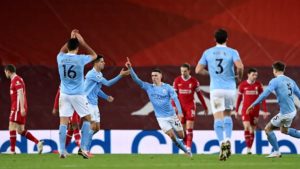 What the win meant for City:

Tampa Bay Buccaneers might have defeated Kansas City Chiefs in the 2021 Super Bowl final but the spotlight is surely on their record-breaking quarterback star, Tom Brady. 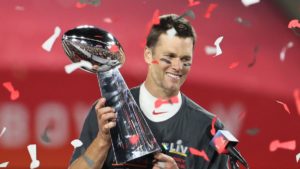 Tom Brady extended his record for most Super Bowl wins by any player with a seventh championship win on Sunday as the Tampa Bay Buccaneers blazed past defending champions Kansas City Chiefs.

The 43-year-old who broke his own record for the oldest quarterback to win a Super Bowl threw for 3 touchdowns and went for 201 passing yards, going 21/29.

Brady was named the Most Valuable Player for a record-extending fifth time and he still has one season left on the two-year, $50 million contract he signed with Tampa Bay back in March. 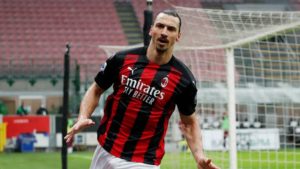 Call him Ibra or The Big Swede, Zlatan Ibrahimovic gait and demeanour remains a threat to opposition goalkeepers and Crotone’s Alex Cordaz became the latest to get a fee of the 390year-old who netted a brace in AC Milan’s 4-0 win.

There’s no separating Cristiano Ronaldo from records as the five-time Ballon d’Or winner shows no sign of stopping at the age of 36 has now scored 300 goals for club and country since turning 30.

The former Sporting CP, Manchester United and Real Madrid forward, a day after turning 36 years old, scored in Juventus’ 2-0 win over Roma to make it 23 goals in 24 appearances in all competitions this season.

Cristiano Ronaldo has now scored 300 goals for club and country since turning 30.

That’s more than most players manage in an entire career 🤯 pic.twitter.com/FSyZn0XIRM

Although Pistons pulled a fight by winning the first and last quarters by 29-27 and 28-12 points respectively, James and Davis pulled massive numbers for Lakers who won the second and third quarters by 26-25 and 25-24. 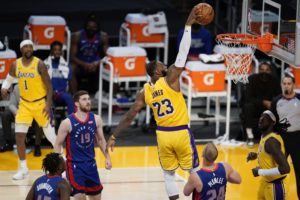 Jerami Grant was the star for the Pistons but his 32 points, six assists and four rebounds weren’t enough to outshine the duo of James and Davis as Lakers took the win.

Steph Curry bagged in 11 3-pointers en route to 57 points, but they weren’t enough in Golden State’s effort to complete a two-game sweep in Dallas. The Warriors won 147-116 on Thursday night.

Luka Dončić scooped 42 points, 11 assists and seven rebounds for the hosts as they got the better of Warriors in the second game, following a first 147-116 defeat on Friday.

Serena Williams, Osaka cruise into the second round of Australian Open