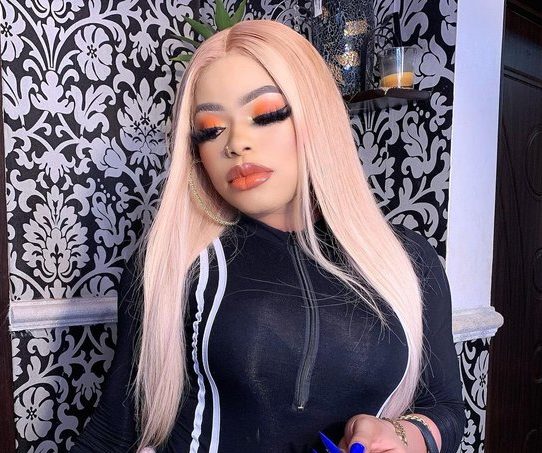 After being told to stop bleaching his skin by popular comedian, Gordons, Nigerian male barbie, Bobrisky has cried out on Twitter that he missed his period.

It is still not yet confirmed if he did any surgery to alter his private organs. But, the controversial crossdresser had in the past claimed that he is growing breast.

”Missed my period. What is going on?” 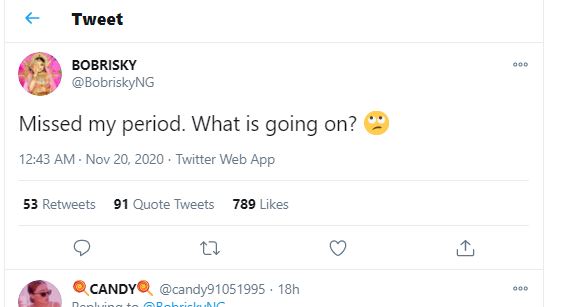