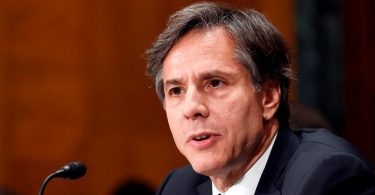 The United State Secretary of State nominee, Antony Blinken has said that the Biden administration is committed to keeping the American embassy in Jerusalem, according to a media report on Wednesday.

Blinken gave the assurance during his confirmation hearing at the Senate Foreign Relations Committee on Tuesday.

When asked if he agreed that Jerusalem was the capital of Israel and he was committed that the U.S. would not move the embassy, he emphatically stressed,

The city, the eastern part of which is claimed by the Palestinians, was recognized as Israel’s capital by outgoing President Donald Trump.

Trump had, following the recognition of Jerusalem as the capital of Israel, relocated the US embassy to Jerusalem from Tel Aviv.

The move sparked unrest across the entire Middle East.

Blinken stressed that the U.S. embassy will remain in Jerusalem and the U.S. will continue to view the disputed city as the capital of Israel.

MORE READING!  How Nigerian billionaire threw wife, children out of Banana Island home after 39 years of marriage
Related Topics:embassyJerusalemSecretary
Up Next