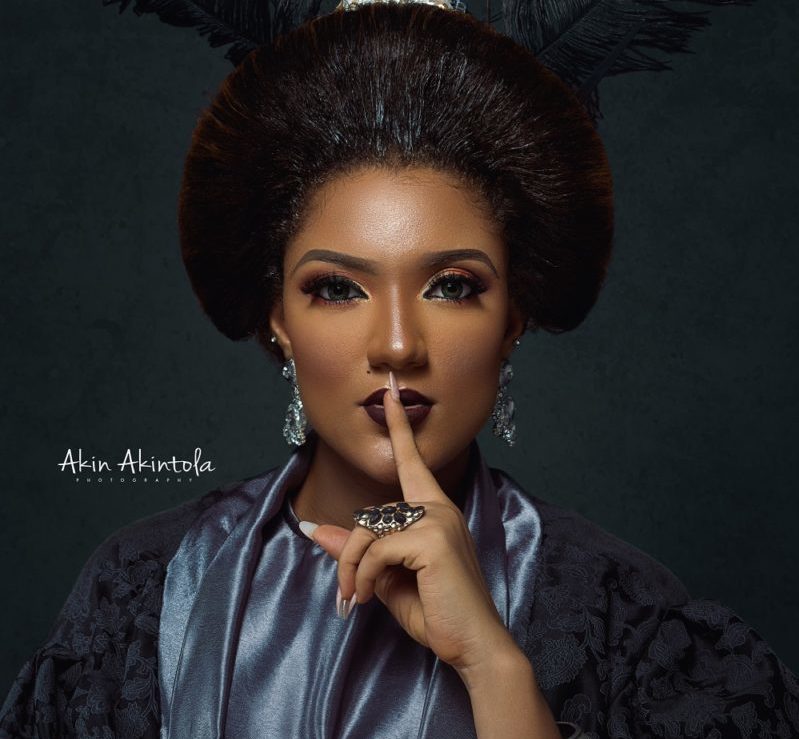 BBNaija housemate, Gifty has revealed why she won’t show her husband’s face despite sharing a photo of him.

The reality star shared a photo of her man pushing their son in a stroller and praised him as a good husband.

She also referred to him as the father of her 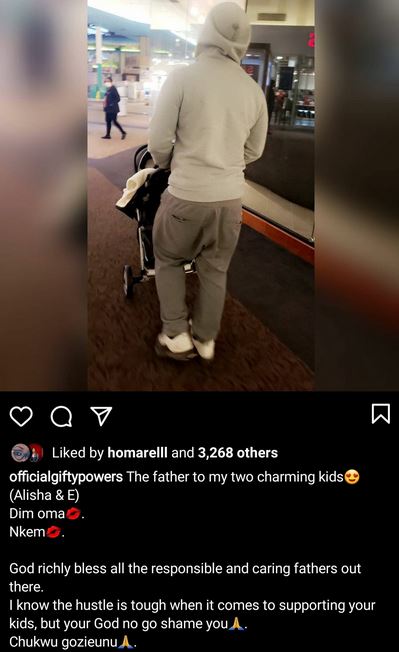 But Instagram users left comments calling her out. One told her that the man she’s calling her good husband is definitely not married to her and called her “bipolar.”

Another asked Gifty why she won’t show her man’s face.

To that, Gifty responded that she’s protecting her man from “witches and wizards”.

She added that if you love someone, you’ll go the extra mile to protect them and that’s why she’s hiding her man. 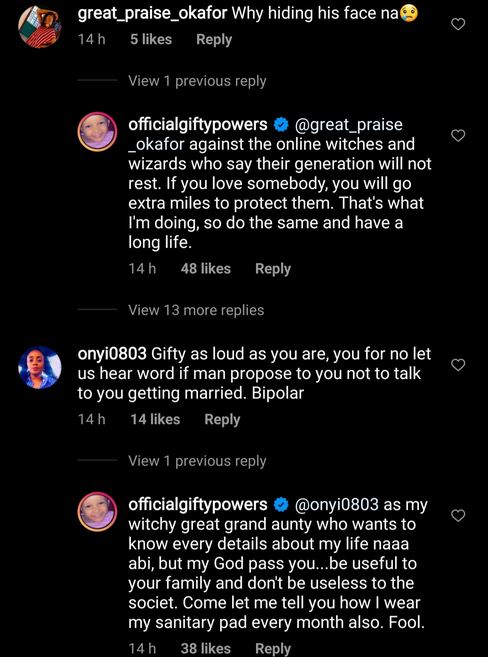 How I lost almost 100-pounds after having near death experience, rapper Busta Rhymes reveals