#BBNaija: I only kissed Ka3na aggressively, we didn't have s3x, Praise reveals - WuzupNigeria 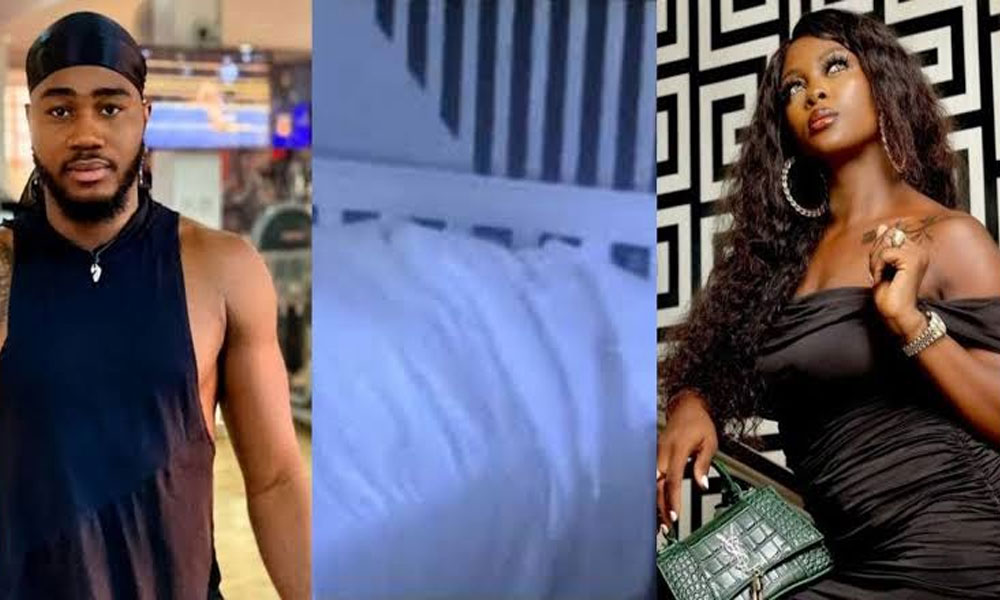 Evicted BBNaija lockdown housemate, Praise, has in a chat said that he and former housemate, Ka3na, only kissed aggressively under the sheets and never had sex.

About three weeks into the fifth edition of the reality TV show, social media went crazy after videos of the pair moving their bodies in ecstasy under the sheets, served rounds online.

Following her eviction from the house, Ka3na in an interview denied the claims that they had sex and stated that they only “cuddled aggressively“.

Now, Praise is also stating that what happened under the sheets between them was “aggressive kissing”.

In an interview with Ebuka, he said,

“Nothing happened for sure. We cuddled and we kissed and it was very aggressive. It was looking like we were eating into each other but that was it. It was aggressive” he said

Watch the video from his interview below;

What do you think happened between #BBPraise and #BBKa3na? Who does he predict will win season 5 of #BBNaija?

Get an EXCLUSIVE look!

#BBNaija: Lucy has the most lowkey fans, they don’t shout, they vote, Twitter user says