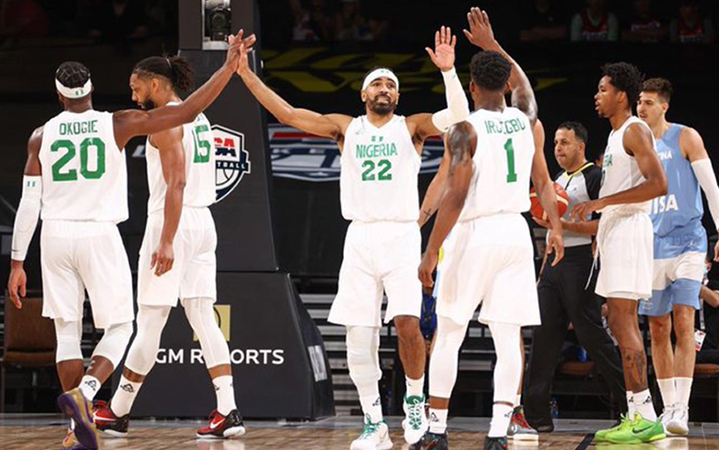 Nigeria’s basketball team, D’Tigers, has been ranked the fourth best team on the lastest power rankings of the International Basketball Federation (FIBA) ahead of the Tokyo 2020 Olympic Games in Japan.

The PUNCH reports that of the 12 countries that will be featuring at the Olympics, Nigeria ranked behind Australia, Spain and the USA.

The power rankings, which is different from the FIBA World Ranking presented by Nike, is based on the recent performances of the teams. It is determined by dividing the sum of all the winning points, tie points, schedule points and bonus points by the number of games played.

D’Tigers placed fourth after their astonishing victories over world No.1 USA and fourth-ranked Argentina during their exhibition games in Las Vegas recently.

The West African team was beaten 108-69 by Australia, their opponents in their opening game at the Olympic Games on July 25 at the Saitama Super Arena in Japan.

Australia is currently No.1 in the pre-Olympic power rankings after earning three warm-up games victories over the USA, Argentina and Nigeria in Las Vegas.

Spain, second in the world, are also second-placed on the power rankings.

La Roja went 4-0 in their first four preparation games, scoring 89.2 points per game while allowing 67.5 at the other end. They beat France and Iran twice in July and are billed to face the USA on July 19.

After losing to Nigeria and Australia in the exhibition games in Las Vegas, USA placed third in the power rankings. The Americans, who are aiming to win their fourth Olympic gold in a row, beat Argentina 108-80 in their final exhibition match.

Giroud bids farewell to Chelsea ahead of AC Milan move