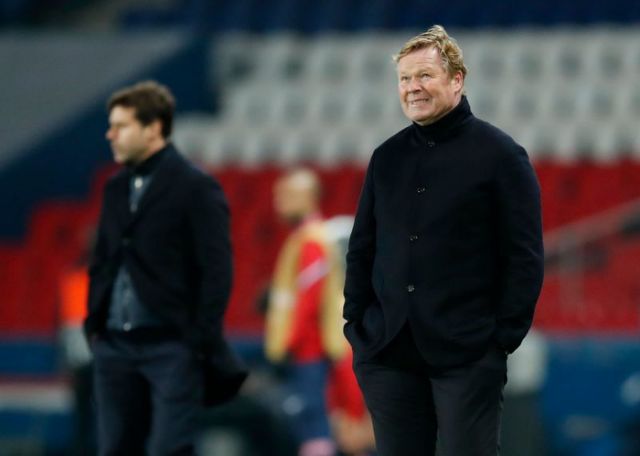 Dutch coach, Ronald Koeman, would stay on as manager of the Spanish powerhouse, Barcelona, next season, the club’s president said on Thursday.

Koeman’s future at the club has come under doubts after Barca woefully slipped in the title race at the just concluded 2020/21 La Liga season won by Atletico Madrid.

However, after the club hierarchy held talks over who would take charge of the club next season, it was concluded that the Dutchman has been favoured to lead the club on.

A statement on the club’s website said that president, Joan Laporta, said that he is “very pleased to see that these conversations [held over Koeman’s future] have borne fruit in a unity of opinion.”

The statement added: “Ronald Koeman will continue to coach FC Barcelona next season. This is what President Joan Laporta confirmed this Thursday afternoon, just before the appearance of spokesperson, Maria Elena Fort, to explain the agreements of the Board of Directors.

“After this period of reflection, vice-president Rafael Yuste and myself have agreed that we will continue with the current contract that Ronald Koeman has.”

Laporta added: “We are very satisfied to see that these conversations have resulted in a unity of opinion.” In this sense, the president wanted to highlight Koeman’s “exemplary behaviour” during the period of reflection.

“We see the coach very motivated and he already has a year of experience in this dressing room, which we will try to make more competitive. I think Koeman comes out of this well because he is the coach we want,” added Laporta when questioned.

Koeman ended his first season as coach by lifting the 31st Copa del Rey in the club’s history, finishing third in La Liga and getting eliminated in the knockout stages of the Champions League.