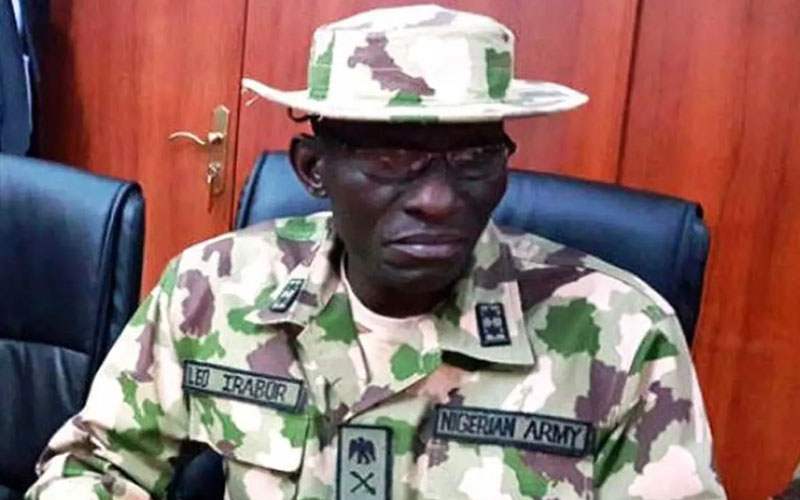 Nigeria’s Chief of Defence Staff, General Lucky Irabor, and some other Generals have arrived in Maiduguri the capital of Borno State ahead of the visit of the President, Major General  Muhammadu Buhari (retd.) on Thursday.

Those who arrived in the state ahead of the visit include the Chief of Army Staff, Major-General Farouq Yahaya, the Chief of Air Staff, Air Marshal Isiaka Amao, Chief of Naval Staff, Admiral Awwal Gambo, and Chief of Military Intelligence.

The Inspector-General of Police, Usman Alkali, reportedly arrived earlier to receive CDS and service chiefs at the Maiduguri Airport.

NAN reports that the top officers proceeded to the headquarters of Joint Task Force Operation Hadin Kai and were welcomed by the Acting Theatre Commander, Major-General F.O Omoigui.

Omoigui thus intimated the Chiefs of the successes recorded by the Joint Task Force.

He said, “These successes have continued to create a more enabling environment for socio-economic activities.”

Buhari is expected to address troops and inaugurate some completed federal and state government projects in Maiduguri on Thursday.