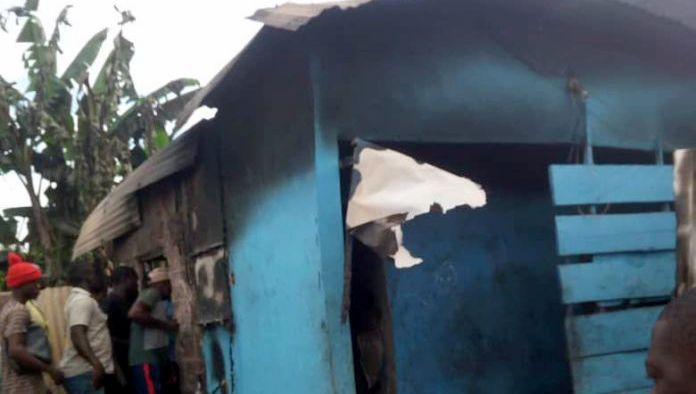 Another fire outbreak has claimed the lives of three female workers sleeping in a brothel building at Otolo Nnewi area of Anambra state on Friday.

This is the third time the State would be hit by fire incident in the last three days.

It was gathered that the deceased workers were trapped in the inferno which occurred wee hours of Saturday after the close of business.

MORE READING!  One dies in road crash in Osun – FRSC

A witness who pleaded anonymity said the deceased were fast asleep when the building went up in flames.

The source said the fire started after the woman who owns of the motel fondly called ‘Obodo Umu Anumanu’ closed for the day, leaving behind three ladies and locked them inside the building.

“The ladies were fast asleep when they were caught up in the inferno and they were burnt beyond recognition.

“They couldn’t escape because the rooms were locked,” the source said.

Confirming the incident, the Commissioner of Police in Anambra State, John Bassey Abang, said the inferno consumed three ladies said to be workers in the brothel.

Abang said that it was a drinking joint and the waiters who did a sleepover at the joint all lost their lives in the inferno, describing the incident as very unfortunate.

Abang also confirmed that the owner of the facility had made useful statements aiding the police in their investigations.

Sources in the area also disclosed that it was the joint owner’s normal routine to lock the joint and go home with the keys even if the girls were indoors and didn’t go out for their sex work.