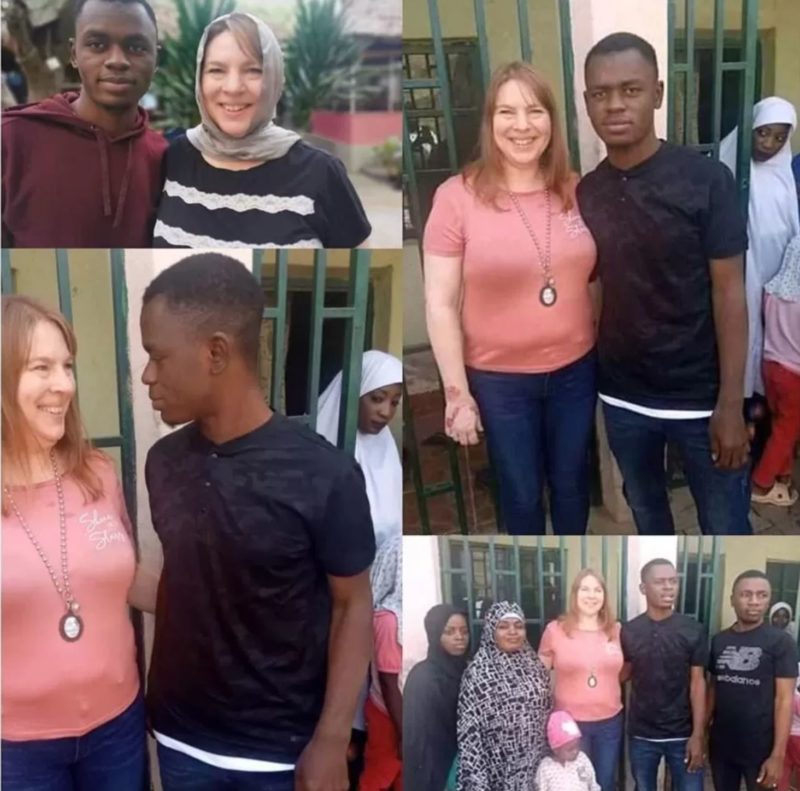 According to the news outlet, Ms Delsky, who lives in California, USA, landed at the Mallam Aminu Kano International Airport, Kano on Saturday and went straight to meet the parents of her lover.

The two lovers met on Instagram one year ago, exchanged pictures and started an online courtship. In an interview, Ms Delsky said she decided to follow her boyfriend to Kano because of her love for him.

She said many people had courted her online but she found Mr Isa as the most loving and sincere.

The mother of two said they both agreed to get married and fly to the US where they intend to settle.

Mr Isa, who has just finished secondary school, said that he is ready to follow his girlfriend to America to settle and build a family.

He said he was not bothered about the age gap, adding that “it’s even the Sunna of the Holy Prophet Muhammad, Peace be Upon Him, to marry a woman who is far older than you.”

He expressed optimism that Ms Delsky would one day accept Islam and become a Muslim. The wedding is expected to hold in March.

Isa’s mother, Fatima Suleman, said she had no objection to her son’s relationship with American girlfriend, noting that she would pray for them to have a happy married life in America.