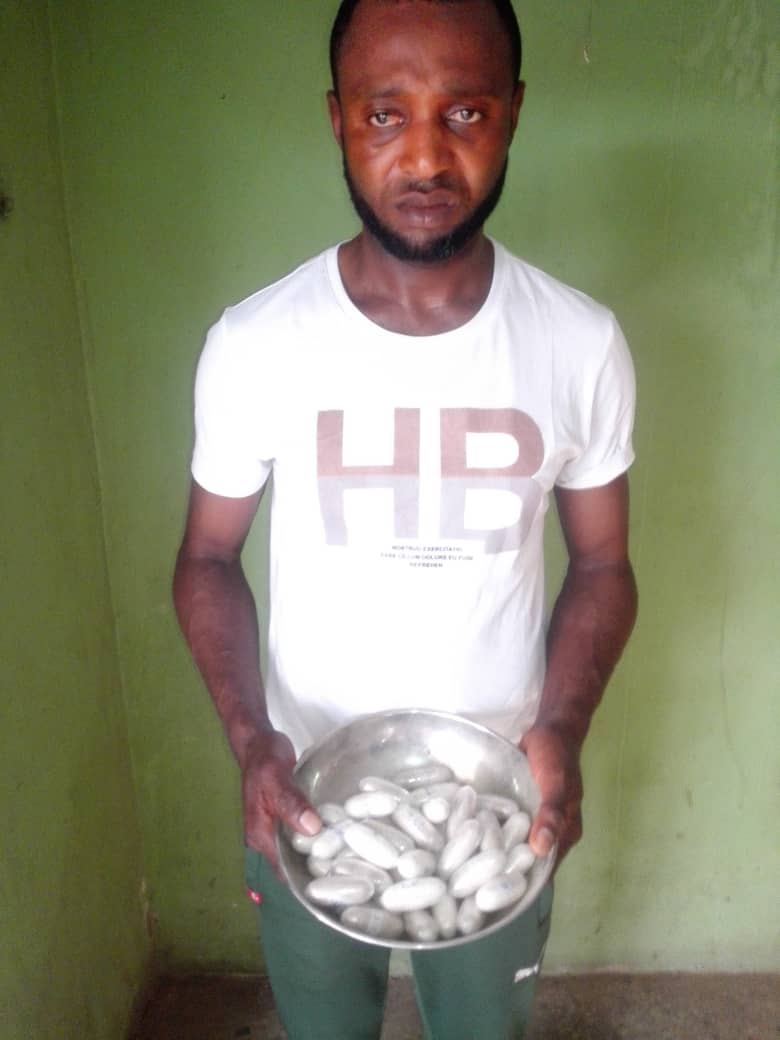 Operatives of the National Drug Law Enforcement Agency on Tuesday apprehended a trans-border drug trafficker, Emeka Okoro with 900 grammes of cocaine in a commercial bus plying the popular along Abuja-Gwagwalada road.

This is just as the agency nabbed another drug trafficking suspect, Ibrahim Bello, with 200 grammes of the illicit drug in Zuba area of the Federal Capital Territory on the same day.

This was contained in a statement made available to WuzupNigeria by NDLEA’s Director of Media & Advocacy, Femi Babafemi on Wednesday.

Babafemi disclosed that the seized substance from both suspects has a street value of N264m.

“Okoro was intercepted with 900grammes of cocaine in a commercial bus along Abuja-Gwagwalada road on Monday 26th April, 2021 based on intelligence.

“Bello was nabbed with 200grammes of the illicit drug in Zuba area of the Federal Capital Territory, FCT, same day through a controlled delivery operation,” he said.

His statement was further corroborated by the FCT Commander of agency, Mohammed Malami Sokoto.

Sokoto disclosed that Okoro was an intending traveller to Libya through Kano and Agadez in Niger Republic, with wraps of cocaine weighing 900 grammes while the other seizure of 200 grammes was equally made following intelligence on 26th April, 2021.

“The wraps of cocaine were not to be swallowed as has always been the case, but to be concealed in Jerry cans of palm oil and transported through the border in Kano to Agadez and Libya. The suspect, Emeka Okoro revealed that this has been the trend in the past months”, the FCT Commander of NDLEA disclosed.

Reacting to the arrests, NDLEA Chairman, Brig. General Mohamed Buba Marwa (retd) commended the FCT officers for their vigilance and commitment to ridding the country of illicit drugs.

“These seizures and point to the fact that we’ll continue to disrupt and dismantle the drug supply networks of these unconscionable elements and deny them the benefit of their illegal trade,” he added.

Related Topics:Abuja drug trafficker intercepted with 900 grammes of cocaine concealed in commercial bus
Up Next