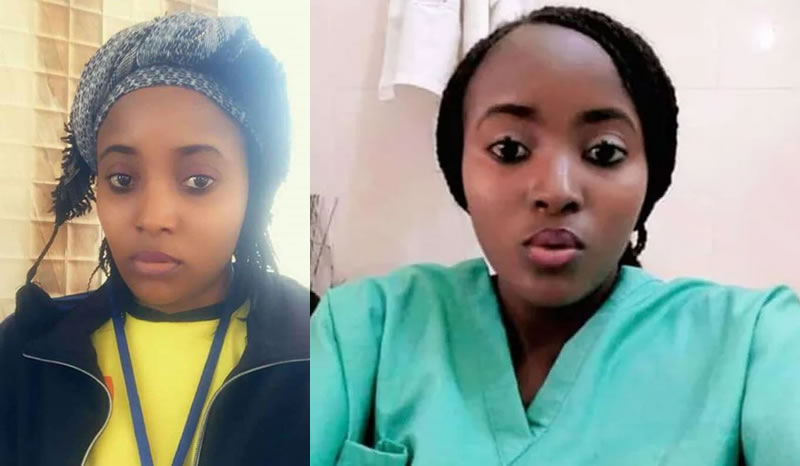 The abductors of an aid worker, Miss Jennifer Ukambong, has been released to security operatives in Borno State.

Miss Ukambong was abducted on December 22, 2019 by suspected Boko Haram members in Maiduguri. After more than 20 days in the kidnappers’ den, family sources say the 26-year-old was released by the abductors on Wednesday.

“Our joy knew no bounds since we heard that Jennifer has been released by her abductors.,” says a family source in Gashish District, Barkin Ladi Local Government Area of Plateau State, where Miss Ukambong hails from.

” Although we have not seen her physically, we have no doubts about her freedom because she actually called her elder sister yesterday around 5:30 pm.

“Even her mother, Mrs Naomi Samuel has been dancing over the good news as the family was said to have been invited to Abuja today where they will meet with Jennifer and possibly return to Jos with her.”

A member of the National Assembly, Dachung Musa Bagos also confirmed Jennifer’s release in a statement in Jos on Thursday.

“On behalf of the good people of my constituency, Jos South/Jos East Federal Constituency, I Rep. Dachung Musa Bagos wishes to thank the Almighty God for the release of Jennifer Ukambong Samuel and four others who were released on the 15/01/2020

“Coming at the heels of a memorable day such as when Nigerians are remembering the heroic and gallantry of our fallen heroes, we are confident that Nigeria will win the war on terror and terrorists very soon”

The statement, however, noted that Miss Lillian Gyang, a 100-level University of Maiduguri student also from Plateau state, who was abducted while returning to her school was not among those released by the terrorists.

Another source also claimed that Mr Abdulhamid Bashir, a health worker from the Kanam LGA who was abducted last year was still being held by the terrorists

The lawmaker called on the government and other stakeholders to intensify efforts to ensure the safe release of the two remaining citizens of Plateau state and others still in Boko Haram captivity.