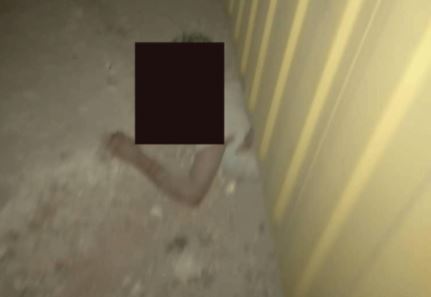 He said that the LASEMA management received a distress call on its emergency toll free line at about 9:44 pm. on Friday and activated a response team to the incident scene at Odo Olowu bus-stop at Ijesha.

On arrival at the scene, he said it was discovered that a truck loaded with an empty 40ft container, which had brake failure, had rammed into a stationary commercial truck and fell.

He said that the truck driver was rescued by the agency’s responders and taken to the nearest hospital by LASEMA Response Unit Ambulance Service.

Oke-Osanyintolu said that two adult females, however, died and their remains had been transported to the mortuary.

Tragedy struck, Friday night, at Odo-Olowu Bus Stop, Ijesha, along Oshodi-Apapa Expressway, when a container fell off a truck and crushed two young women to death. Both are yet to be identified.

The incident, it was gathered, happened around 10.45p.m. Emergency responders have recovered the bodies and taken them to a morgue.

In recent times, cases of containers falling of trucks killing motorists and passengers along the Oshodi-Apapa stretch have become frequent.

Two staff members of FAAN where victims earlier in the month, while on July 26, another container fell on a commercial bus, killing two.

Both incidents were at Ilasa Bus Stop, a few kilometres from Odo-Olowu Bus Stop, where today’s incident occurred.

Police arrest 40-year-old man for conducting ‘virginity tests’ on daughter, 15, with his fingers