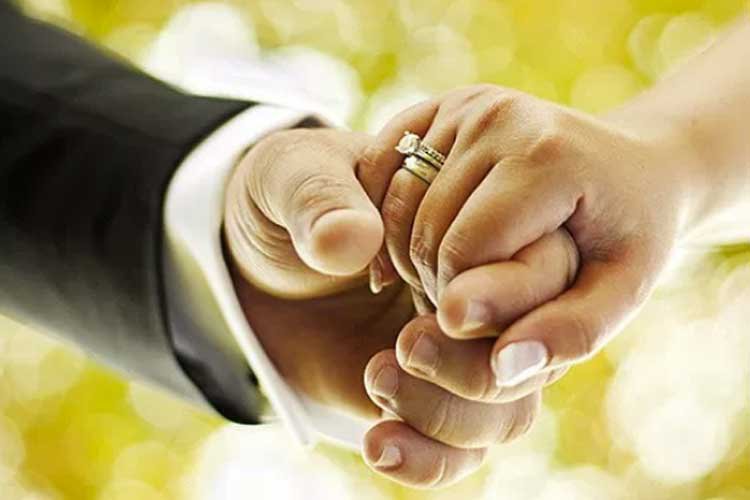 A WhatsApp conversation between a woman and her lover has been leaked.

The leaked chat reveals the couple debating over taking their relationship to the permanent level, which is marriage.

In the chat, the 31-year-old lady was pleading with her man, 25, identified only as Eyitayo to take get married to her, but he refused stating the fact that he is way younger than she is and he just wanted a fling.

The lady proceeded to say that time is not on her side and she needs a husband but he insisted on not wanting to have anything serious that may lead to marriage because he cannot afford to take care of himself or her.

However, she told him that financial responsibility won’t be a problem because she intends to take care of that, and she just wants to settle down with him.

The conversation went back and forth for a while, but she told him to think about her proposal to take care of him throughout their relationship and he shouldn’t make any hasty decision.

Read their chat below: 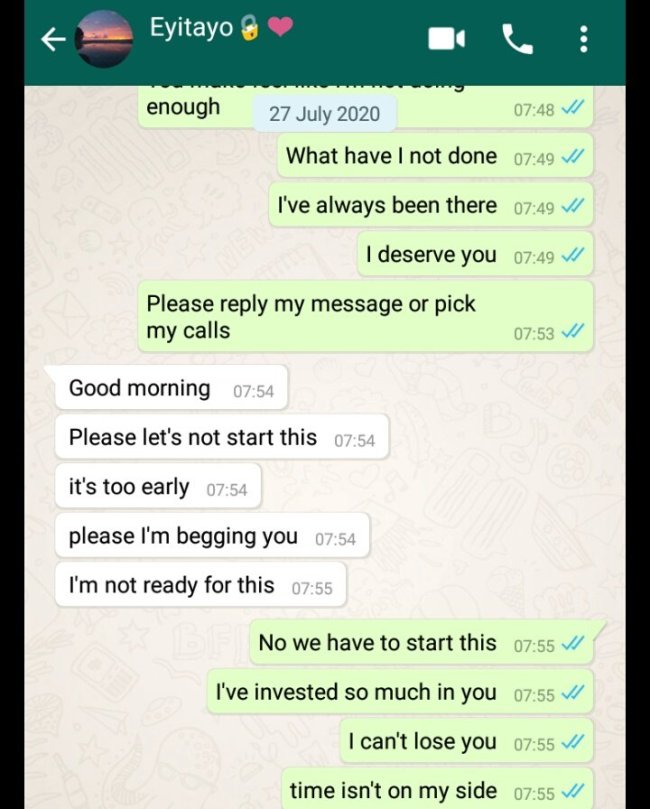 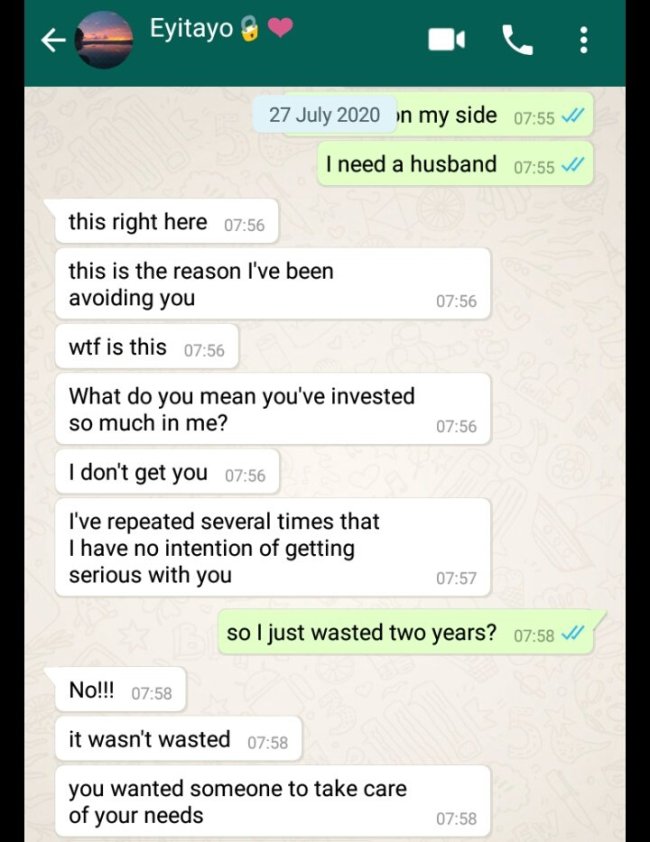 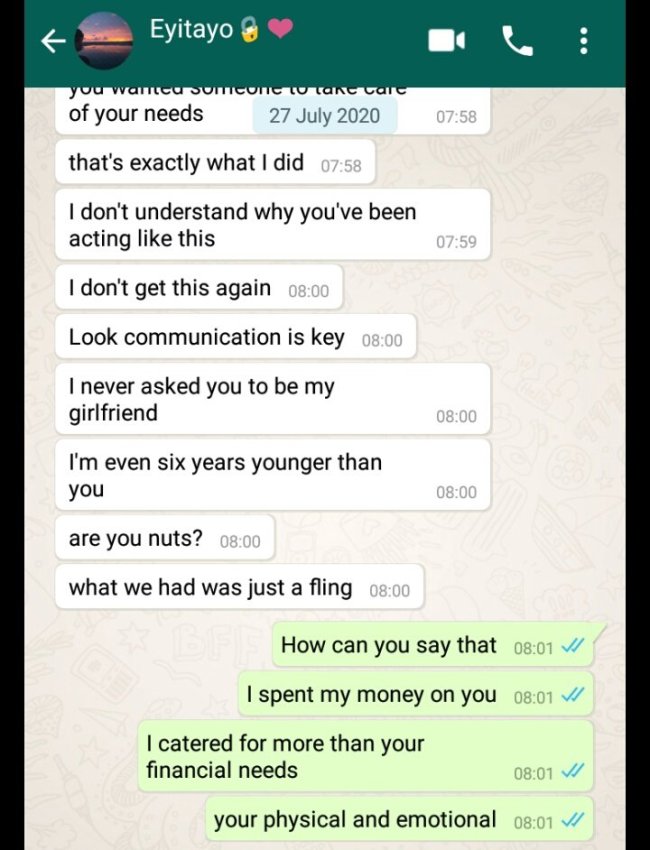 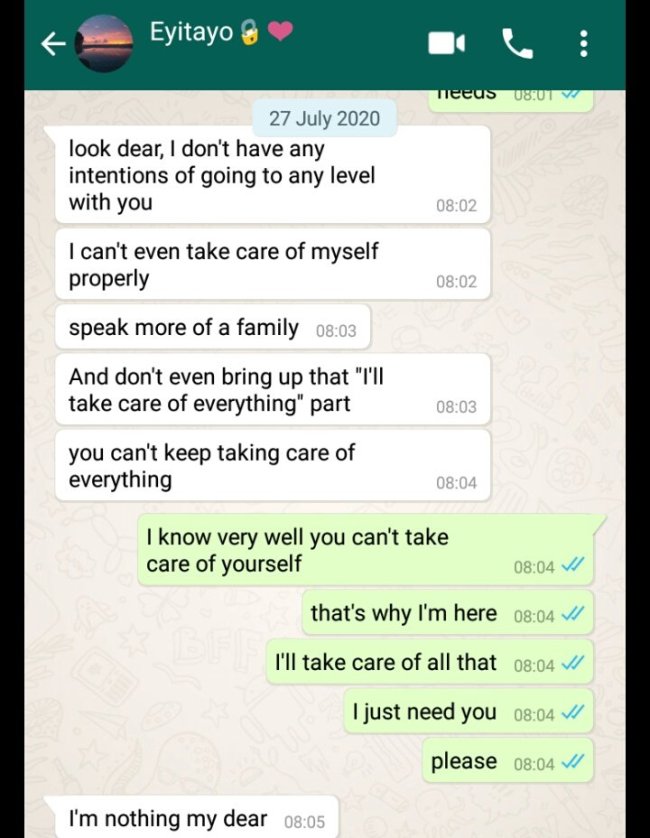 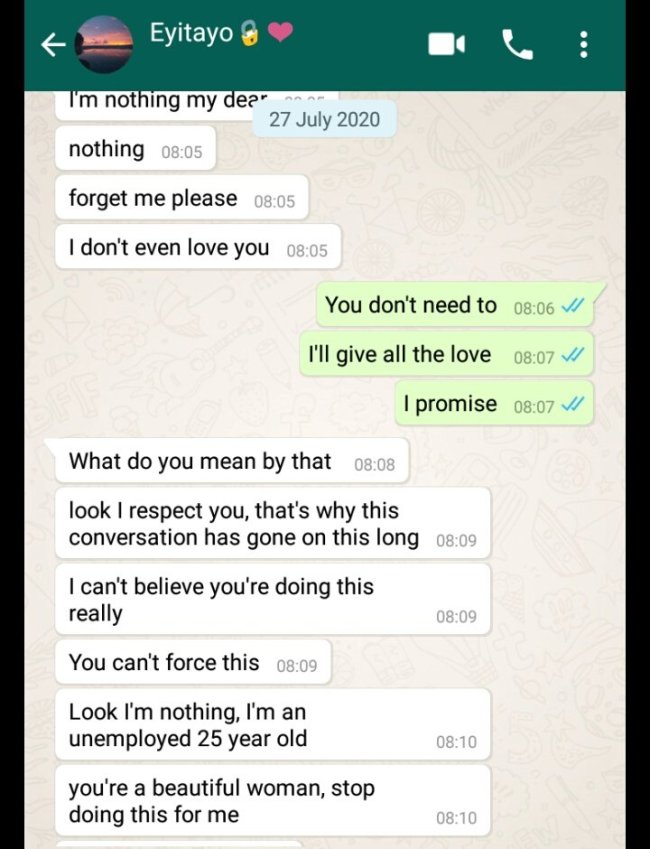 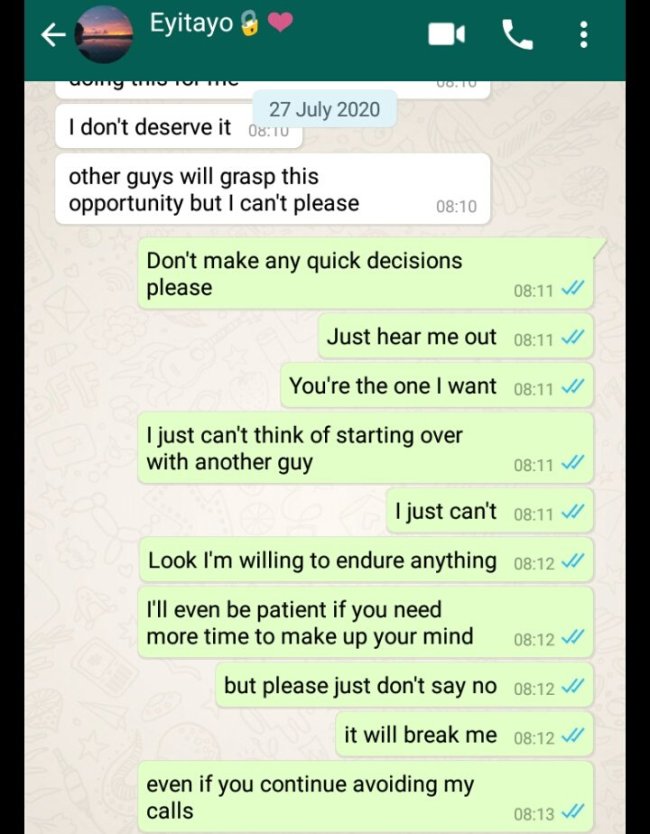 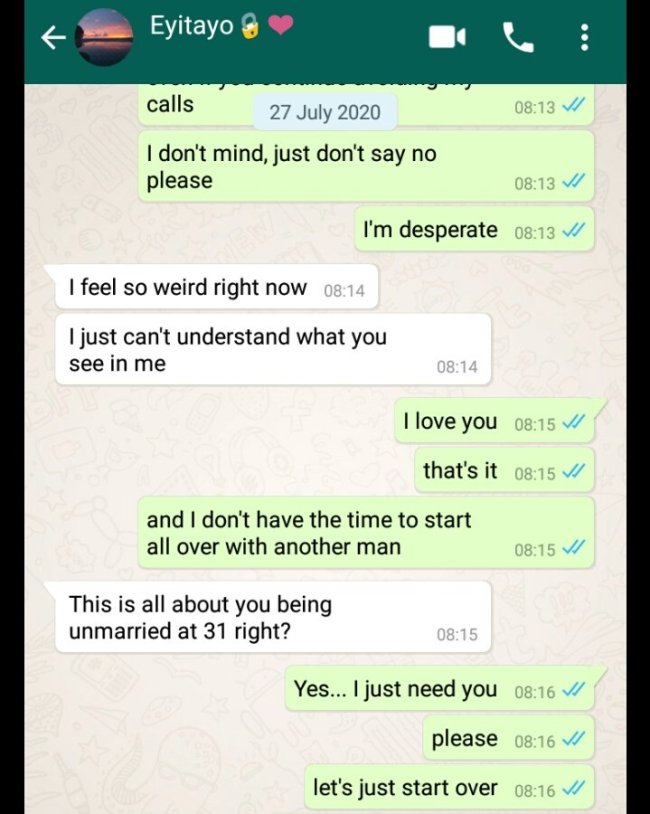 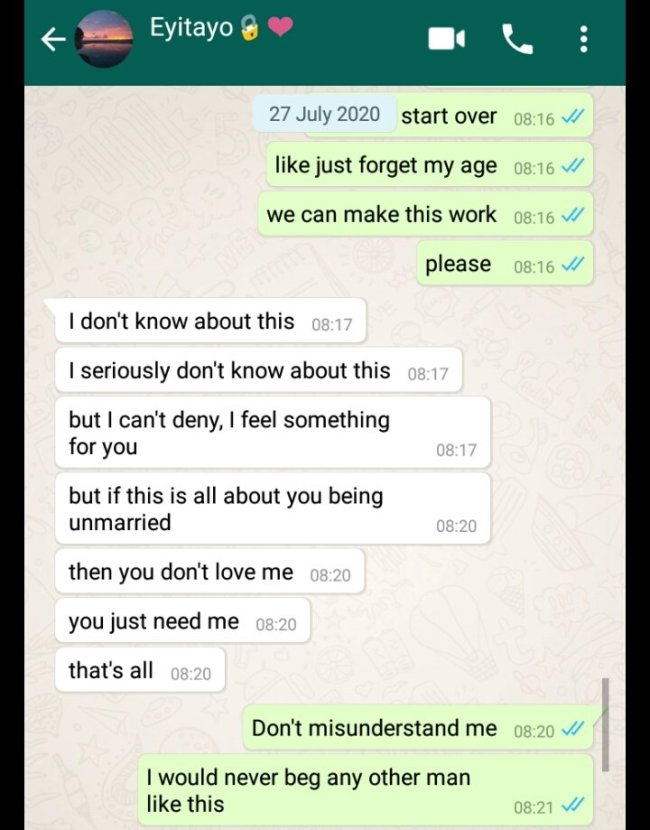 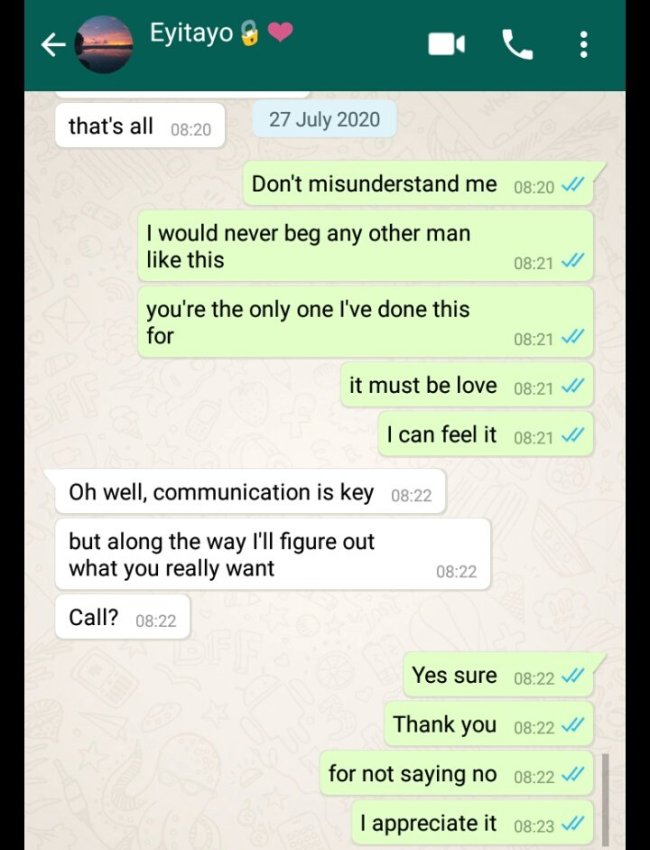