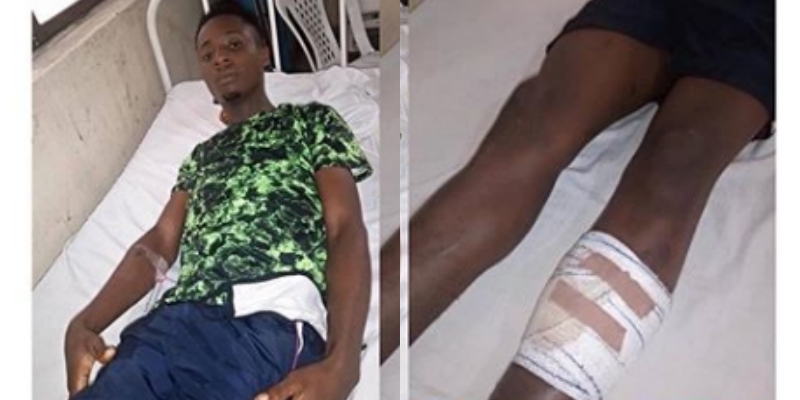 A trigger happy policeman from Kpor Division in Gokana LGA of Rivers state has damaged a 19-year-old boy’s leg because he impregnated a girl.

Ledisi Kote is facing the risk of losing his left leg after allegedly being shot by the policeman.

According to one Tuka Loanyie, the ailing father of Ledisi said he was in his compound in K. Dere community on Friday morning, when a Sienna drove into his compound with about four armed policemen.

He claimed they went straight to his son’s room door and were banging and cocking guns. They revealed to him that his son impregnated a girl.

One of them later shot Ledisi in the leg and they went away with him while bleeding profusely. He was later dumped in a private hospital from where his family later transferred him to a better hospital in Port Harcourt.

However, until now, the culprit hasn’t taken full responsibility for the medications or been brought to book.

Meanwhile, the doctor said the boy would have to undergo three different surgeries or risk losing the leg.

Ibadan serial killer confesses to killing another victim after escape