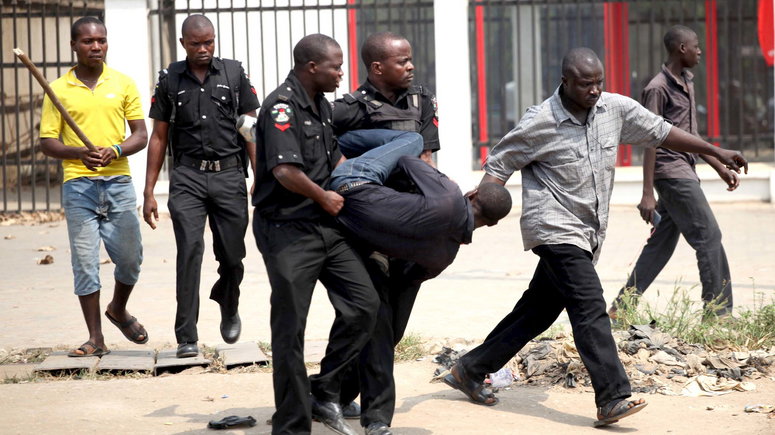 Talking about bizarre situations, a married man has been arrested by his lover in River state for taking back the iPhone he bought for her.

It was gathered that the married lover who bought her an iPhone 11 Promax, collected it after he caught her cheating with another man in the apartment he rented for her.

The lady who was angered by her boyfriend’s action and wanted the phone back at all cost reportedly went to rumuokoro (mini okoro police station) and hired three policemen to arrest the man and help her collect the phone back.

A Twitter user, @busdor101 who claimed to live in the same estate as the lady, took to the platform to recount what transpired.

“Omo problem don burst this early morningDisappointed but relieved face
One married man dating this young lady in my estate, fought yesterday. (His wife is in the UK) so he bought her iPhone 11 pro max, rented apartment for her in my estate

“So yesterday baba, went to her apartment (very close to his house) found out there was a man in there, he prolly called her out and collected the phone and came back home. We no sleep last night, na so so shout.

“This morning, she went to rumuokoro (mini okoro police station) hired 3 policemen to come and arrest him and collect the phone from him. Baba said he can’t go with them and he’s not opening the door cos his kids are scared.

“The children don dey cry,(sad) he said he’s not going to mini okoro station, that the girl should take the house and shop he rented for her. But he wont release the phone. I want to take pictures but it’s getting messier than I imagined.” 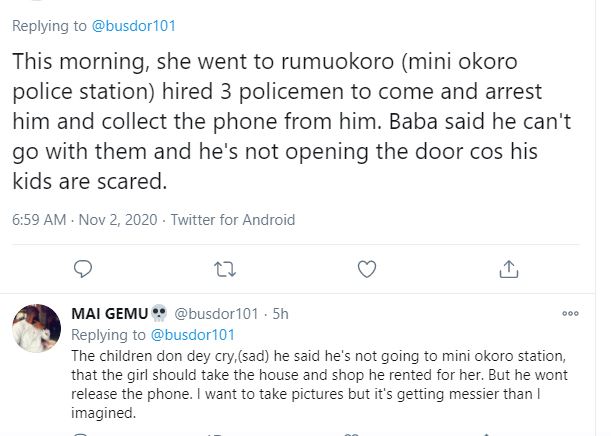