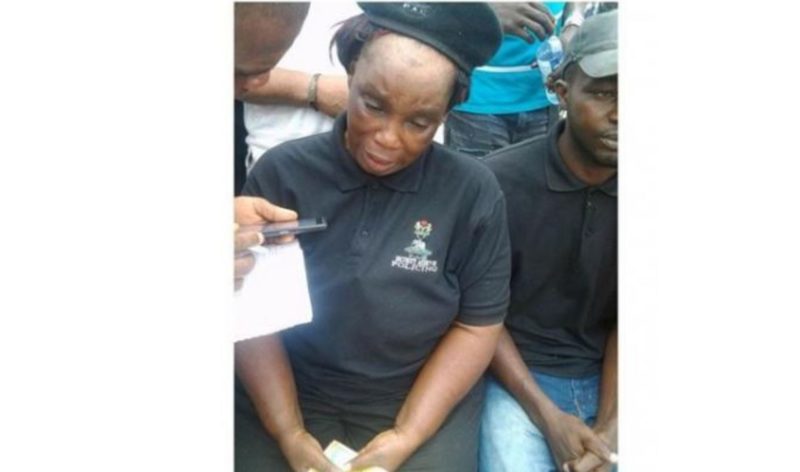 The Lagos State Police Command has arrested two persons for alleged impersonation and extortion in Itire and Mushin areas.

The suspects are a 45-year-old self-acclaimed Prophetess identified as Jumoke Mutairu and a 29-year-old man, Johnson Uzoma.

They were arrested after been caught on June 20, at around 1:30 pm, extorting residents of Itire and Mushin.

Clad in black tees and berets having police insignia, they were said to have moved from house to house demanding ‘security alert’ levy.

The suspects were allegedly trained by the founder, Chosen Ministry Church, Ijeshatedo, Pastor Chief Johnson Oni, and he is said to be at large.

The state’s command spokesman, Chief Superintendent Chike Oti said the suspects confessed they have engaged in the act for about 15 years.

“They also claimed that they received six month training from the Pastor. Black T-shirt, black beret, N4, 300, various documents suspected to be fake were recovered from them. Effort is on to arrest the fleeing founder/pastor.”

HE SLEPT WITH HER 10 TIMES! Man rapes 12-year-old girl, impregnates her