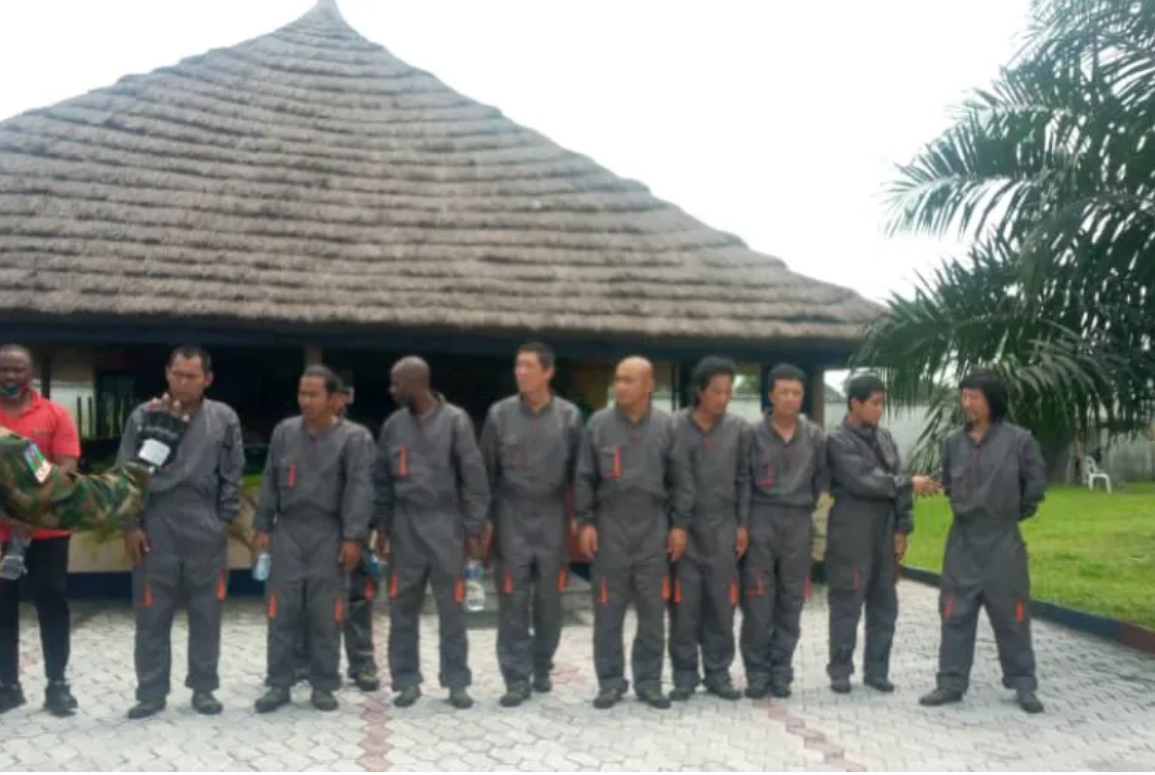 10 foreigners, who were kidnapped in Gabon, have been rescued in Nigeria after a ransom of $300,000 was paid for their freedom, the army said on Saturday.

The victims, which included six Chinese, three Indonesians and one Gabonese, were rescued in Tombia, a creek in Bille waterways, Degema Local Government Area, Rivers State by the Nigerian military with the help of local vigilance members.

According to Lt Col Mohammed Yahaya, the Commanding Officer, 29 Battalion, the foreigners were rescued alongside four Nigerian negotiators who were facilitating their release.

Yahaya revealed this while handing over the rescued foreigners and the Nigerians to the Department of State Security (DSS) for further investigations on the incident.

He said, “From preliminarily findings, they were kidnapped off the coast of Gabon 7 February and brought into Nigerian creeks. A ransom of $300,000 was paid to secure their release before we came in.

“After that settlement, as they were about bringing them out of the creeks, they had issues that made them even susceptible to kidnapping again.

“So, men of the 29 Battalion, under the 6 Division, in conjunction with local vigilante launched that operation and were able to rescue them.

“They have a trolley, Socipeg, registered in Gabon. It was in course of their fishing activities that they were kidnapped. DSS are expected to do further investigations to unravel the circumstance and enable us go after the abductors.”

MORE READING!  Pupils discover bomb inside classroom in Abia
Related Topics:ChineseGabonkidnapped
Up Next