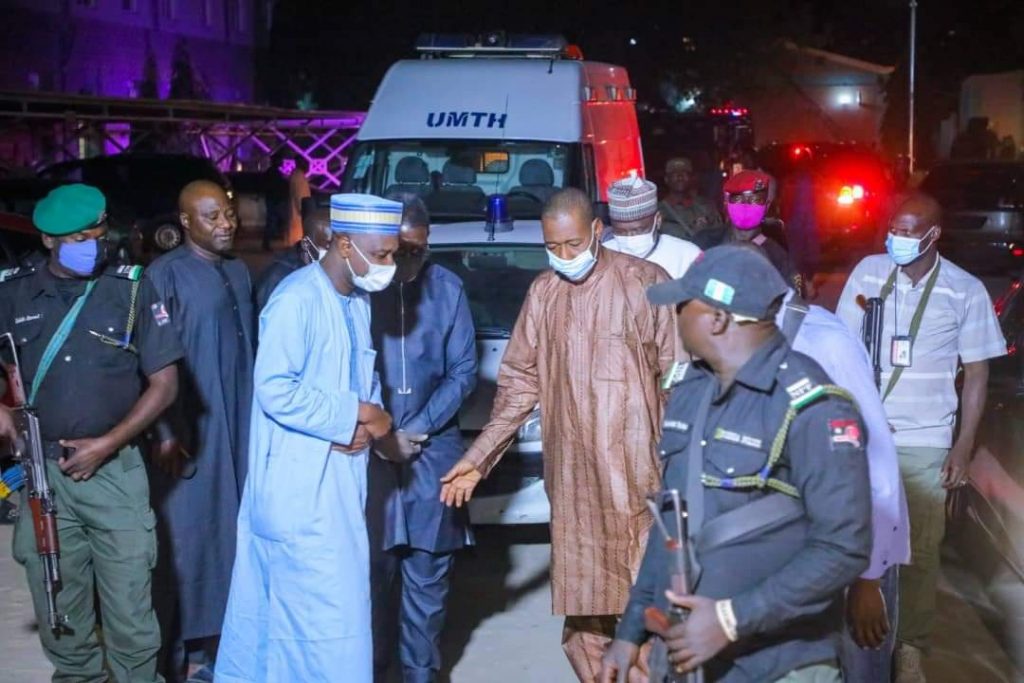 Governor Babagana Zulum of Borno State has confirmed 10 residents were killed and 47 others injured in Boko Haram attack in Maiduguri on Tuesday.

Zulum said this after he visited victims of Boko Haram attacks in two hospitals on Wednesday.

The Boko Haram terrorists had fired shots from Rocket Propelled Grenades at residents in Maiduguri on Tuesday.

In a statement after the visit, the governor said 10 residents were killed and 47 others injured.

The shots, on Tuesday night, came from Kaleri, an outskirt of Maiduguri, it was learnt, but grenades travelled to hit Gwange and Adam kolo communities, both densely populated areas in the inner city.

Most of the deaths occurred in Gwange. One of the RPG shots hit a children’s playground in Gwange, it was also gathered.

Zulum condemned the attacks during his empathy visits to the State Specialist Hospital, and the University of Maiduguri Teaching Hospital, both in Maiduguri.

The governor was said to have directed the state ministry of health to shoulder the bills.

“Indeed it is a very sad moment for the people and government of Borno state, about 60 persons were affected, among them, 10 have died. It was as a result of long distance shots fired by the insurgents.

“I believe this is a new trend we have to raise up and stop. We experienced a similar incident exactly one year ago. The solution is to deploy an appropriate form of technology, which will have to work on.

“I share the pains of all those affected but we are not just visiting hospitals, we do so much behind the scene in our combined responses to the Boko Haram insurgency and we will keep making these and more efforts,” Zulum said.

Speaking on the military’s regain of Marte, which came under Boko Haram’s occupation a few days ago, Zulum said he was optimistic that the Nigerian military would work hard to retain, continue its peace-building and stability efforts in ways that should ensure the insurgents do not retake Marte or any part of the state.

“I am optimistic that the insurgents will not take over Marte again,” he added.