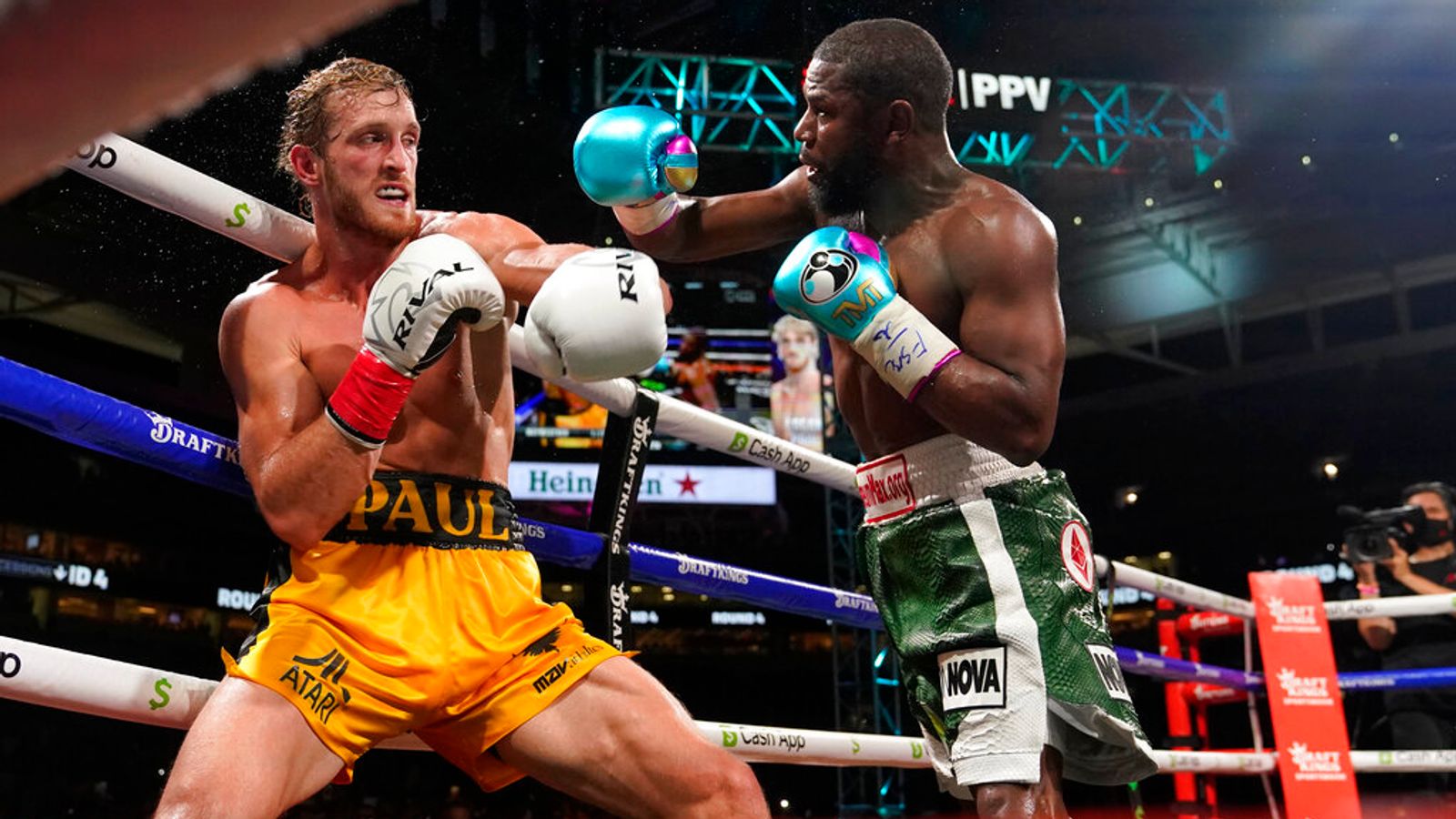 Youtube sensation, Logan Paul shocked Floyd Mayweather by surviving a knockout after eight rounds in a fight that ended without a winner in Miami on Sunday night.

The Youtuber-turned-boxer whose only previous boxing match was a loss to fellow YouTuber KSI, earned a draw against the all-time boxing great Mayweather, who retired with a perfect 50-0 record in 2017.

According to Sky Sports, the special fight had no judges to announce an official winner after the clash between Logan, 26, and Mayweather, 44, as per exhibition rules.

Although a knockout was allowed, it did not materialise.

Although the Money Man’s experience was matched with a physically larger man — Paul, 26, weighed in 34½ pounds heavier and stood six inches taller in the ring but it was Mayweather who landed shots and stalked Paul down without exerting much energy while Paul constantly latched his frame onto his opponent, according to New York Times.

After the eighth round, the crowd at Hard Rock Stadium who were obviously expecting a knockout booed the two combatants as punches in the final rounds failed to deliver the expected.

“I had fun,’’ said Mayweather, 44, during a post-fight interview. “You got to realize I’m not 21 anymore. But it’s good to move around with these young guys. ‘’
“He’s better than I thought he was,’’ USA Today quoted Mayweather. “He’s a tough, rough competitor. … He knows how to use his weight and tied me up tonight.’’

Reacting, Paul said: “I don’t want anyone to tell me anything is impossible ever again. The fact that I’m in here with one of the greatest boxers of all time proves that the odds can be beaten.

“It’s an honour to grace the ring with him. I don’t know, this is the coolest thing ever. I’m happy I made it out. He’s tough to hit.’’